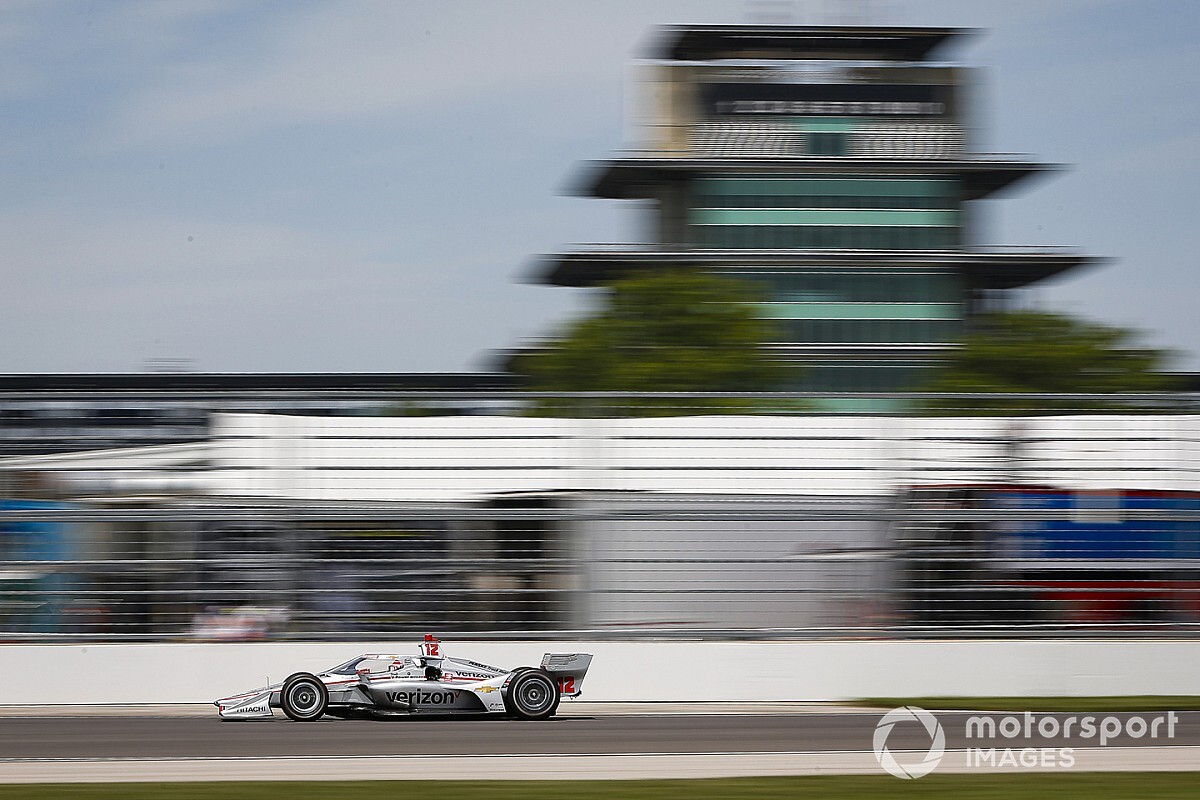 Will Power topped the 90-minute opening practice session for the second round of the 2020 NTT IndyCar Series season, the GMR Grand Prix of Indianapolis, his Team Penske-Chevrolet edging Santino Ferrucci of Dale Coyne Racing with Vasser-Sullivan-Honda and Marcus Ericsson’s Chip Ganassi Racing-Honda.

Power, a three-time winner and three-time polesitter on the 2.439-mile 13-turn Indianapolis Motor Speedway road course, lapped in 69.949sec as the session climbed toward the 90degF mark.

That was just 0.1755sec faster than Ferrucci who had to sit out five minutes of the session for causing a red-flag when he dumped Ryan Hunter-Reay’s Andretti Autosport-Honda in the grass at the end of the back straight following a misunderstanding with the 2012 champion.

That was one of two red flags, the other being caused by Sage Karam spinning and stalling his Dreyer & Reinbold Racing-Chevrolet on the team’s first road course outing in seven years.

Marcus Ericsson was an impressive third fastest to head the Ganassi trio, as five-time champion teammate Scott Dixon squeezed out a last-minute lap to grab fifth before hitting traffic, and Felix Rosenqvist was eighth.

Said Ericsson: "“It was a good practice session. I think again, like in Texas, all three of us at Chip Ganassi Racing had really strong cars. I was feeling comfortable straight away on the blacks [primary tires] out there.

"We did some tweaking and some smaller stuff on the setup. I think we found some small bits and pieces and then on the reds we felt strong again and competitive… I think we are looking good for this afternoon and for tomorrow for the GMR Grand Prix.”

Patricio O’Ward and Oliver Askew were prominent throughout the session, the Arrow McLaren SP-Chevys looking particularly fast on primary tires, and ending the session fourth and 10th respectively.

Another Chevy-powered team that looked strong on the primaries but struggled to maintain pace as the track evolved was Ed Carpenter Racing, who saw Rinus VeeKay and Conor Daly finish 17th and 20th.

Hunter-Reay, despite his earlier issue, was fastest of the Andretti Autosport drivers with sixth place, ahead of Penske’s three-time GP Indy winner Simon Pagenaud.

Defending IndyCar champion Josef Newgarden was down in 12th in the third Penske, while this weekend’s IndyCar debutant, AJ Foyt Racing’s Dalton Kellett, was only 25th but still within 1.5sec of Power’s top time, and only half a second off teammate Charlie Kimball.

For a preview, facts, and schedule for the event click here.