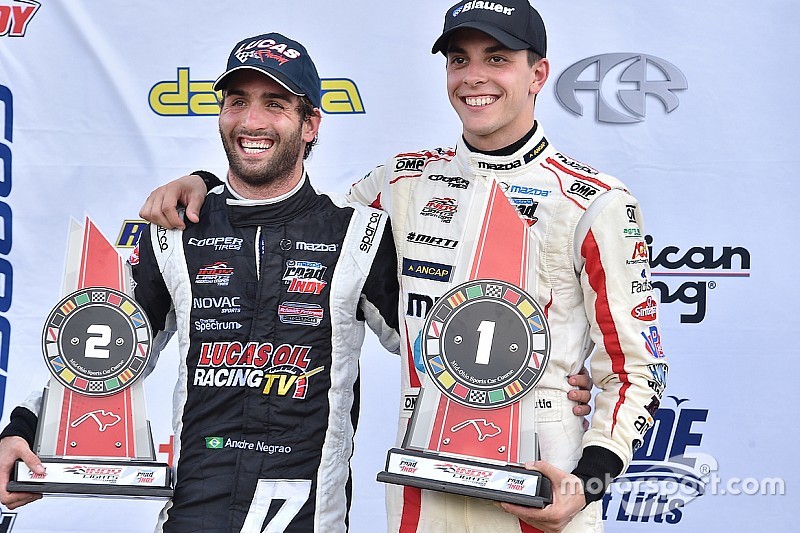 Urrutia and Negrao, who currently lie first and seventh in the Lights championship standings driving for Schmidt Peterson Motorsports, will have the chance to prove their pace alongside the team’s incumbent IndyCar drivers, James Hinchcliffe and Mikhail Aleshin.

Veach, who races for Belardi Auto Racing in Indy Lights, will test for Ed Carpenter Racing. He currently lies sixth in the standings, and will test alongside Josef Newgarden and rookie Spencer Pigot.

The test will see 21 of the 22 regular cars hit the track, piloted by 24 drivers. RC Enerson is due to drive the #19 Dale Coyne Racing-Honda, while the only absentees will be KVSH Racing and Sebastien Bourdais.

The test will run from approximately 9am to 5pm, and is free to spectators.