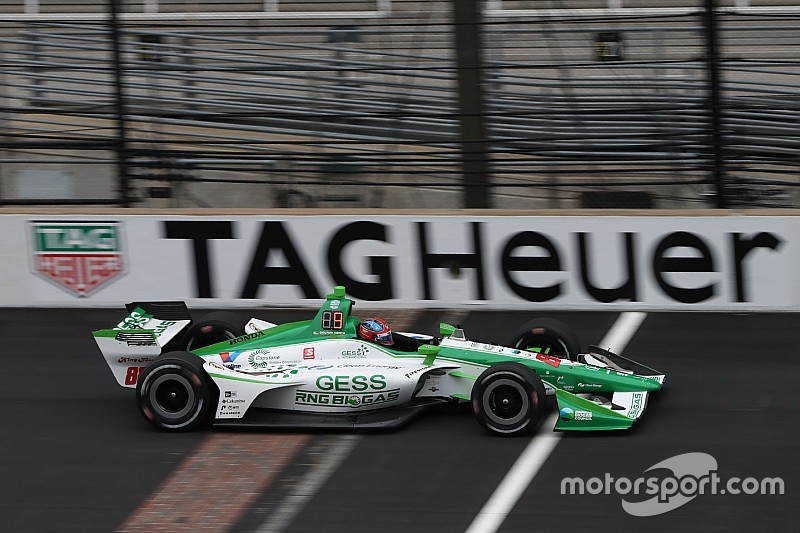 Rosenqvist was precisely 0.05sec faster than teammate Scott Dixon but the pair were separated by Spencer Pigot – shining again for Ed Carpenter Racing-Chevrolet as he did in opening practice – and Sebastien Bourdais in the Dale Coyne Racing with Vasser-Sullivan Honda.

Dixon had a brief off-course excursion but held onto fifth ahead of Takuma Sato’s Rahal Letterman Lanigan Racing-Honda and the fastest of the Andretti Autosport-Hondas, driven by Ryan Hunter-Reay.

Ed Jones in the second ECR-Chevy was 10th despite causing a red flag in the opening 10mins when he ran out of fuel and needed a tow-in.

Carlin-Chevrolet’s Patricio O’Ward did not complete a lap on the alternate compound tires and finished last.