Members may contest the imposition of the penalty pursuant to the procedures and timelines detailed in the protest and appeal procedures of the IZOD IndyCar Series rulebook. 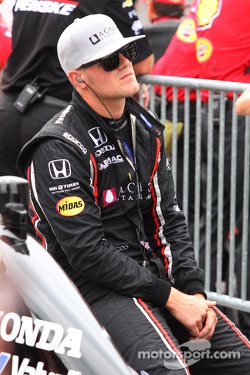 Drivers Sebastien Bourdais and Will Power have been placed on probation for the remainder of the 2013 INDYCAR season for violating Rule 9.3.1.8 during Race 2.

9.3.1.8 (Improper Conduct): Using improper, profane, or disparaging language or gestures in reference to Officials, Members or actions or situations connected in any way with INDYCAR, the IZOD IndyCar Series or any event.

In addition, driver Sebastian Saavedra was fined $30,000 for violating Rule 9.3.1.8 after making an improper gesture toward a fellow competitor after contact during Race 1. Because of the public display of these actions, Saavedra will be able to work off the fine by making a series of public appearances on behalf of INDYCAR throughout the remainder of the season.

Members may contest the imposition of the penalty pursuant to the procedures and timelines detailed in the protest and appeal procedures of the IZOD IndyCar Series rulebook.