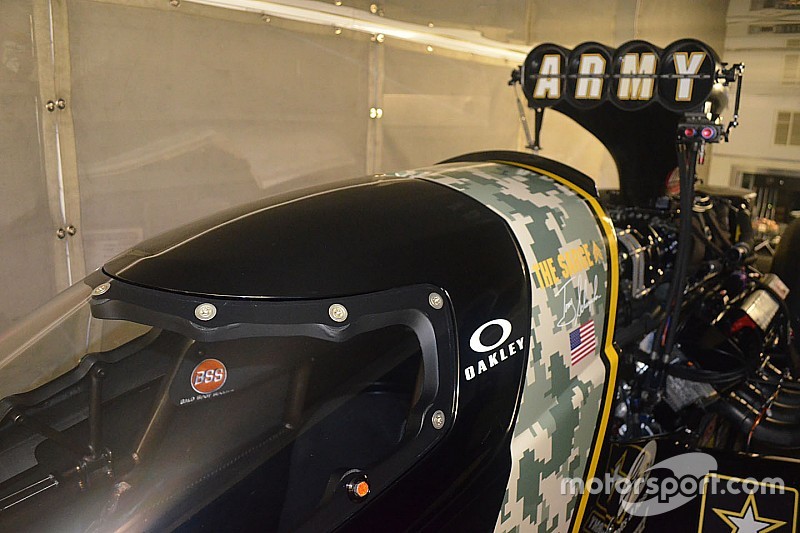 Some NHRA teams utilize canopies, which have worked well - But there's some issues involved in its introduction to IndyCar that drag-racing does not face.

After listening to many of my respected colleagues call for canopies on open-wheel race cars like those competing in Formula 1 and INDYCAR, I’m going to be the voice of dissent.

Canopies in NHRA Mello Yello drag racing are somewhat rare at this point. Don Schumacher Racing’s (DSR) Top Fuel teams initiated them a few years ago in 2012; initially only this team used the canopies and there was massive push-back against NHRA making them mandatory - they’re not. Now, DSR uses the canopies, as does Brittany Force, who’s stated she really doesn’t want to race without the covering; the Greek, Chris Karamesines 83, also uses this safety device but no other Top Fuel car in NHRA drag racing is equipped with it - now.

IndyCar faces hurdles NHRA does not

Remember, though, the canopy is only sealed before the car comes to the water box for its burnout, performs the burnout, reverses to stage, stages and races for [usually] well less than four seconds. That’s maybe five minutes of enclosure.

With an Indy car or in F1, the duration of a race can be anywhere from 1.5-3+ hours in the cockpit. If there are no cautions, the race can be short; at Indianapolis, customarily the longest 500-miler of the year, a driver could be enclosed for four hours or more. That would require ventilating the vehicle, which could come through air conditioning and/or well placed vents cut into the canopy. The former adds weight, the latter might reduce the safety veracity of the canopy itself and therefore the race car.

There’s also the matter of visibility, in particular to the rear. In World Endurance Championship sports car racing, teams use cameras to allow proper rearward vision in their coupes. Again, that’s added weight to a formula car.

I listened to Don Schumacher beg INDYCAR to adopt a canopy covering during his open house prior to the Chevrolet Performance U.S. Nationals on the Lucas Oil Raceway at Indianapolis this past weekend. I remind Don of the time disparity between his Top Fuel cars and the current semi-open wheel cars of the Verizon IndyCar Series. He’s worried about fluke accidents like what happened to Justin and to Dan Wheldon in 2011. It’s wonderful he’s concerned but the disparities between these two series’ needs are immense, and have to be addressed.

There’s much we don’t yet know about canopies and their ability to protect racers. There are studies underway, but unlike the introduction of aero kits on superspeedways like Indianapolis Motor Speedway’s experience with flying cars this past May during the 99th Indianapolis 500, much testing outside wind tunnels and at race tracks is essential. It’s a necessity.

We can’t throw these teams and drivers into canopied cars and make them test mules. We learned through the Indy experiences this past May that testing is essential when you’re introducing new features to any race car - and a few days around IMS just didn’t cut it.

So, I plead with officials of the Verizon IndyCar Series, please don’t do a knee-jerk reaction to the loss of Justin Wilson and to Formula 1’s impresario Bernie Ecclestone, also mulling canopies after Jules Bianchi’s tragic death last year. Both were extreme, fluke tragedies and we are all having a massively difficult time coping with these losses. But we must be careful about the steps taken to remedy the problems inherent in open wheel race cars, so that we don’t emasculate the sport we all love.