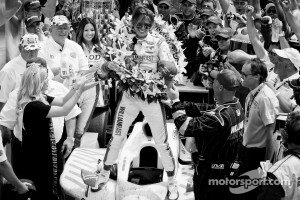 Wheldon, a two-time Indianapolis 500 winner and 2005 IZOD IndyCar Series champion, sustained unsurvivable injuries in a racing accident Oct. 16 at Las Vegas Motor Speedway. He is survived by his wife, Susie, and two young sons. Wheldon was 33.

More details on how to contribute will be available in the coming days.

A memorial site, which includes a Facebook link to leave condolences and remembrances and a career photo retrospective, can be found at Dan Wheldon Memorial.

In remembrance of a champion: Dan Wheldon