In remembrance of a champion: Dan Wheldon

Daniel Clive "Dan" Wheldon, 33, lost his life on Sunday, October 16th contesting the IndyCar Series season finale at the Las Vegas Motor Speedway. Wheldon is survived by his wife, Susie (Brehm), his two sons, Sebastian and Oliver, his parents Clive and Sue and other family members. He was born in Emberton, England and lived in St. Petersburg, Florida (USA).

The 2011 Indianapolis 500 winner did not have a full season ride this year but ended up as the only driver eligible driver to accept the special $5 million Go Daddy INDYCAR Challenge that was on the table for any past IndyCar driver. The Go Daddy prize, had Wheldon won, would have been split between him and a fan. For the special prize, Wheldon was driving the No. 77 Dallara/Honda co-entered by Sam Schmidt Motorsports and Bryan Herta Autosport. 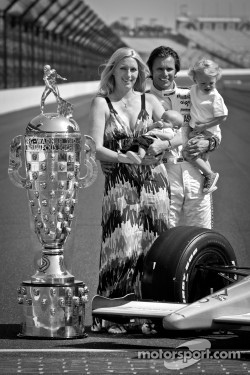 It was not the first time the two team owners placed Wheldon in a car this year, and thanks to them, he won his second 500 race at the famous Brickyard. His first was in 2005 and he went on to take the IndyCar championship that year, driving for the team owned by Michael Andretti.

“Everyone at Bryan Herta Autosport is reeling from the loss of our friend and teammate Dan Wheldon. Dan was the glue that bound our little team together. It was his spark and belief in us that carried us all to Victory Lane at Indianapolis this year, and his legacy within the sport as a tremendous champion and competitor is unquestioned. But more than that, Dan became my little brother from our time together as teammates at AGR, “ said Herta.

The delightful and always smiling Briton lost his life in a 15-car accident just shortly after the start of the IndyCar series finale. The shockwaves of the horrific accident and the death of a champion will continue to rock the racing community. The planned post-season celebration was canceled to allow his IndyCar friends to mourn his loss.

2011 Champion, Dario Franchitti commented, “We lost a good friend. Everybody in IndyCar Series considered Dan a friend. He was one of those special, special people from the first moment he showed up in IndyCar. And he was kind of the brash, but he was a charmer. Then he became this loving family guy who was still charming, but he had this whole new side to him. I'm just thinking of Susie and the boys. When I think about them I'm struggling to hold it together.”

Wheldon’s career started in his homeland in karting at the age of four, supported by his father. He had eight karting championships in the UK and one of his main rivals was Jenson Button. “We've lost a legend in our sport but also a great guy," said Button.

After attempts to secure a ride in open-wheel racing over in Europe, Wheldon decided to race in the United States of America in 1999. It did not take long for the fans to circle around the Englishman, nor the media as Wheldon was outgoing and had a great sense of humor. It was hard for his own racing rivals to not like him, even though they battled Wheldon on the track. Off the track, it was easy for many to form a fast friendship with him.

After spending his first year in America, racing in the U.S F2000, Wheldon moved up to the Atlantic Championship series. The following year, 2001, Wheldon was contesting the Indy Lights Series. His first year in IndyCar saw him earn the 2002 Rookie of the Year title while driving for Panther Racing.

Dan brought such enthusiasm and passion to the sport not often seen in motorsports.

In 2003, he moved to the Andretti Green Racing team and took his first series win at the Twin Ring Motegi in Japan. History was made in ’05 when Wheldon not only took the championship but also broke the record for the most wins in a single season when he stood on top of the podium for the 5th time that year. Wheldon was the second driver from England who landed the Indy 500 win. Graham Hill won the 500 mile race in 1966.

"It is with extreme sorrow that we have lost one of our champion drivers today. Dan was an Indy 500 champion and IndyCar Series champion with Andretti Autosport-and one of our closest competitors. Dan brought such enthusiasm and passion to the sport not often seen in motorsports. We will remember Dan's tremendous racing accomplishments with our team as well his infectious personality,” said team owner Andretti.

Chip Ganassi Racing took the young star away from Andretti and also opened the doors for sports car enthusiasts to see not only the talent that Wheldon had but his charm as well. While he raced IndyCar for the Ganassi team, Wheldon also ran in the Rolex 24 Hours of Daytona. He was teamed up with Scott Dixon and Casey Mears and the trio from the world of IndyCar and NASCAR won the race!

The 2006 season was a nail biter with Wheldon and Sam Hornish, Jr. very close in points and in the season finale, they tied in points but Hornish had two more wins which gave him the title with Wheldon having to settle for second place.

"What can you say? He was such a big presence in our sport and quite a talent. Today we lost a little bit of Indycar. He raced here for us for three years, won six races and made many friends – the whole Chip Ganassi Racing organization mourns his passing. My thoughts and prayers go out to Susie, the boys and the whole Wheldon family,” said Ganassi.

However, as the world turns, so does one’s career. Wheldon had a shot at testing for a Formula One team but without a guaranteed ride for a full season, he declined. When his contract with Ganassi expired, Wheldon was searching for the right ride and the past few years have seen him struggled and yet he always was ready to go racing. This year, Wheldon competed in five IndyCar events. He also tested for the series, the new 2012 Dallara and there is a chance that Dallara will name the new chassis after Wheldon. 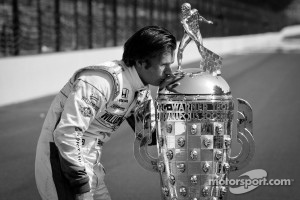 His death has left the racing community stunned as the fans poured out their hearts and their admiration for Wheldon, as have those in racing beyond just IndyCar. Dale Earnhardt Jr. said, “I had the pleasure of meeting Dan Wheldon at the National Guard Youth Challenge dinner about five years ago, and we crossed paths several times since then, mostly through our mutual partnership with the National Guard. His success as a racer speaks for itself, but I will remember him as a true professional who was friendly, respectful, and genuine. On behalf of everyone at JR Motorsports, I send condolences to Dan’s family, team, and friends in the racing community.”

Oliver Gavin competed with Wheldon back in the karting days and he said, “It’s obviously tragic for everyone in motorsport, a very sad day. Dan was massively passionate about motorsport and got a huge amount from racing in the USA – something I can relate to very much. I’ve known Dan since a very young age when we raced against each other at Kimbolton Kart Club. We’d be parked up next to him and his dad, Clive, for many a weekend and we got to know all the family; his mum was a scorer at the club. He comes from Emberton which is only about 5 miles from where I live and the family are well known.

“I feel desperately sorry for Susie and his two young sons. You feel most for the people left behind,” added Gavin who would have been one of Wheldon’s rivals this coming weekend in the V8 Supercars race on the Gold Coast of Australia. The drivers from the British Racing Club will be honoring the memory of Wheldon with black armbands and a message on their race helmets.

He never lost his smile. Wheldon was always a champion in the hearts of many as he gave his time to charity events and to greet fans.

St. Vincent Health was one of the many ways in which Wheldon gave back. His annual helmet design contest was a popular one. He not only helped to raise funds; he was also a frequent visitor at the Peyton Manning Children’s Hospital (PMCH). The designs for the helmets were done by the patients at PMCH and the winning ones were on his helmets.

St. Vincent Sports Performance Executive Director, Ralph Reiff on the loss of Wheldon: “Dan chose to be a good guy. He made parenting of his sons, Sebastian and Oliver his priority. Dan made us all better at our craft by pushing us to make him a better athlete. Dan has made us better people by modeling a courageous and kind life.”

RIP Dan Wheldon, you will be missed but never forgotten

Editor's note: GoDaddy.com has created a memorial website in honor of Dan Wheldon.

The memorial site, which includes a Facebook link to leave condolences and remembrances and a career photo retrospective, can be found at Dan Wheldon Memorial page 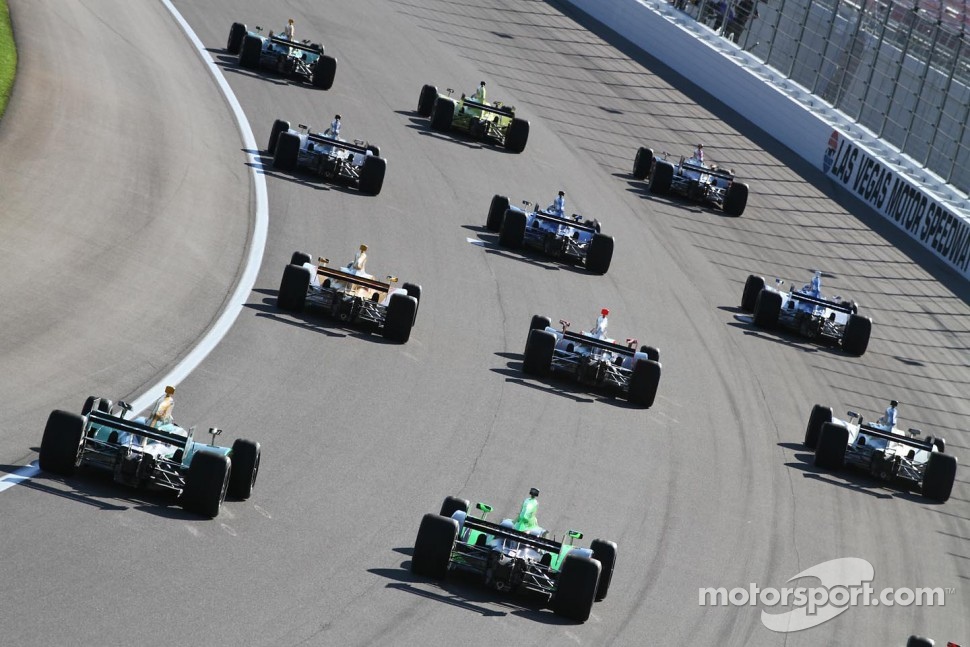