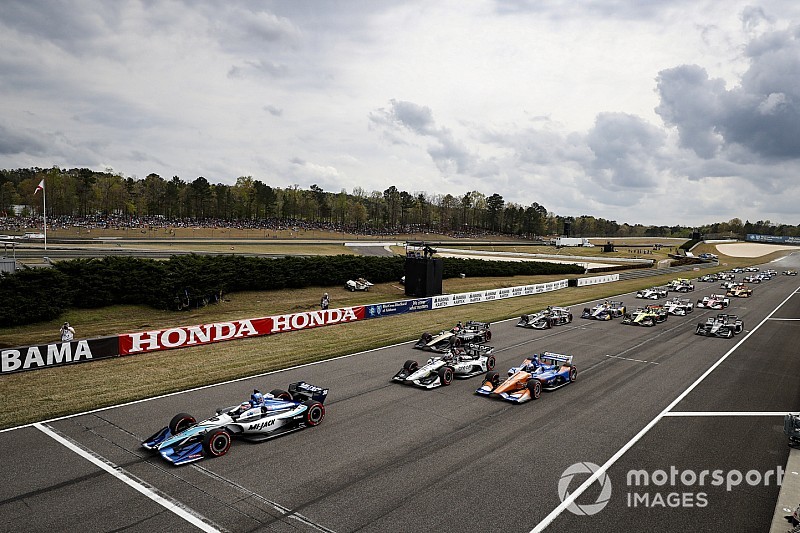 Stephen Starks, IndyCar’s VP of promoter and media partner relations, talks to David Malsher about the NTT IndyCar Series’ possible expansion within and outside North America.

DM: If Patricio O’Ward does go to Formula 1 now that he’s a Red Bull Junior driver, would that hurt the prospects of IndyCar replacing F1 in Mexico despite the Mexican F1 GP apparently being under threat?
SS: Well, it’s not as good an opportunity without a star that hails from the nation, but we’d still be very, very interested in Mexico. For the last few years we’ve really been having serious discussions about the possibility of Mexico and obviously Patricio’s ability has helped develop those conversations so I hope he stays in IndyCar because it would definitely help facilitate going forward. However, we’ve been having the conversations with Mexico for a while, before Patricio reached IndyCar.

Is it the Mexico City track that you’re focused on?
We’ve had conversations over the past few years at a couple of places in Mexico, but right now, because of the success Formula 1 had in Mexico City and that race now being under threat, that region in general is something we’d be interested in. I wouldn’t say that right now there are serious ongoing conversations about Mexico as a possibility, but I would say that parties on both sides understand how great it could be if we could make it happen. So we will continue to survey the situation and have conversations about it.

You went to Argentina just before the season started, so how close is a potential deal there?
Well, I mean it when I say we are regularly seeing interest from countries investigating our international opportunities, and when conversations progress to a point where it then makes sense to do a real due diligence investigation, then we do it. But we’re not just going places unless things are at a level where it is at least theoretically possible to have a race there. Hence my trip to Argentina, but again, nothing has materialized to a point where we think it’s going to be next year or the year after. However, we’ll continue to monitor the situation and have those conversations over the next couple of years.

Brazil has traditionally been high up on the list of potential international venues, and [president of Hulman & Co.] Mark Miles stoked those rumors via the Sports Business Journal. Would that be on the new Rio de Janeiro track for F1, announced by President Bolsonaro? Or the street race that the mayor announced last year?
I can just tell you a deal has definitely been discussed. We’ve always known, based on our rich history in Brazil and some legendary Brazilian drivers in the series, that the moment it makes sense whether that was based on their economy picking back up or other factors coming into play, then Brazil would be top of the list. So yes, Mark is right because those conversations are ongoing, and it’s fair to say that we like the idea of Rio but there are plenty of places, in areas we’ve raced at in the past, where we wouldn’t mind returning.

Could IndyCar use Interlagos once F1 has departed?
I don’t have an answer regarding that particular track. I mean, maybe… but it’s not one we’ve really engaged with.

Are you worried by the fact that with Helio Castroneves being only part-time now, Tony Kanaan nearing retirement age and Matheus Leist not yet making a big impression, you may struggle to find a local hero to encourage fans to come to the event?
The thing is, we think of Brazil as a great country for us to be because we know roughly what the attendance will look like, we know there’s a passion for motorsport down there, we know there’s interest from organizers, and the country has produced racing legends. So yeah, I think we all agree it would be great for IndyCar to be in Brazil again. How, where and when it happens? Too early to tell right now but yes, discussions are ongoing.

There looked to be a lot of interest in an Australian race, in particular Surfers’ Paradise, and obviously you and Mark went down there to investigate. Haven’t heard much about that lately. Is it still looking a possibility for 2020 or did the TV deal not work out?
We met with prospective TV partners about the possibility, and there’s definite interest from the media partner perspective which is great because that’s a very important piece of the puzzle. In terms of the prospects for 2020, we’d love to be there but there are a lot details to get through and it’s getting late. It’s already May. We’ve been in conversations with the Queensland government and representatives since we traveled down there in November and the dialog is ongoing. But I don’t know it will happen for 2020. We know the premier of Queensland really wants us there and we really want to be there, so now it’s the logistics and the bringing it all together – that’s where the work has to be done. That includes talks with Supercars which could be a big part of our ability to return there.

But as you can imagine, the more different elements that can make the event tremendous, the more complicated it becomes to get all those elements together. Again, talks are ongoing and our fans and participants have fond memories of our races there and, as you know, Surfers Paradise is a beautiful place to have a race and they have promoter capabilities as well. But a lot still has to happen for us to return there.

How about Europe?
It’s the weather that’s the problem there…

So are you finding it restrictive that Mark wants the additional races at the start of the year and we’re still not going beyond mid-September?
Mmm, well, ‘restrictive’ isn’t the word I’d use. I mean, we have a strategy to stay in North America once we’ve started there, and we don’t want our finale to end outside America. So I think it’s good that we have a plan to have the international part of the season before we make a start here in America. At the same time, any international race also has to work for both sides – what’s going on in that country, what’s the promoter already got going on at the track, and so on – so I’m aware that some may not want those early dates. But I think having international events at the start is sensible for our series.

Could some of the gaps in the schedule, like between Mid-Ohio and Pocono or between Portland and Laguna Seca, be plugged with international races?
That’s a possibility but it’s got to work with the cadence of the schedule, got to make sure the cars can be back in time for the next event. But yes, those are obvious gaps that could be filled, whether it’s with races inside or outside the country.

And would [promoters] Green-Savoree be OK with St. Petersburg being just the first American race of the season, rather than the actual season-opener?
Yeah, they understand the strategy, they’ve been great about it, and they’re very confident in their position on our schedule, as they should be. But yes, their critical point was to be the first American race, not necessarily the first race, period. They’re great promoters – they want what’s best for the series.