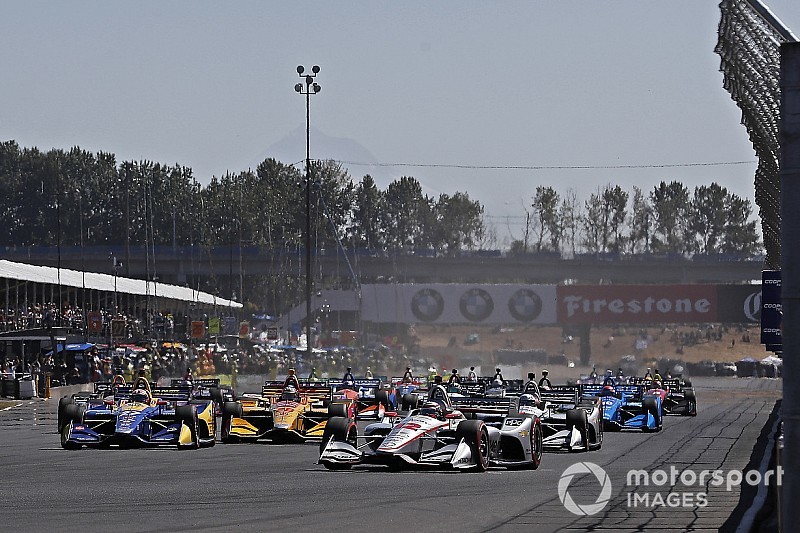 MX1 and IMS Productions will provide distribution services for international race telecasts of the NTT IndyCar Series over the next three years.

Over the next three seasons, beginning with this week's 2019 NTT IndyCar Series season-opener, the Firestone Grand Prix of St. Petersburg, IMS Productions will transmit all IndyCar races to international rights holders in approximately 80 countries around the globe, and MX1 will provide both operational support and distribution services.

"We are excited for the opportunity to work with IMS Productions and distribute content for IndyCar, the world's fastest and most diverse racing series," said Susanna Mandell Montello, MX1’s VP of global sports. "MX1's satellite distribution business is used by many big-name broadcasters in the sports environment and has gained a stellar reputation for reliability and worldwide coverage."

According to a press release, IMS Productions will provide technical and engineering expertise and facilities for the creation of IndyCar content and “utilize its C- and Ku-band uplinks for the first mile of distribution, at which point MX1 will seamlessly receive the feed and distribute it to the world.”

IMS Productions broadcasts sporting events such as the NTT IndyCar Series and Professional Bull Riders events. MX1 is a leading media services provider with a global network that covers downlink/uplink and turnaround services from over 150 satellite platforms, with media centers located on three continents.

Kevin Sublette, president of IMS Productions stated: "We pride ourselves on providing customers with a complete production solution, including mobile units, content services, and transmission services. By collaborating with MX1, an expert in delivering flexible services that cut through transmission complexities, we can help IndyCar distribute its racing content with the ultimate reliability and global reach that is imperative for live sports."

Worldwide, Mobil 1: The Grid (featured in the weekly motorsports program)

Alonso has McLaren seat fit ahead of Indy 500 return