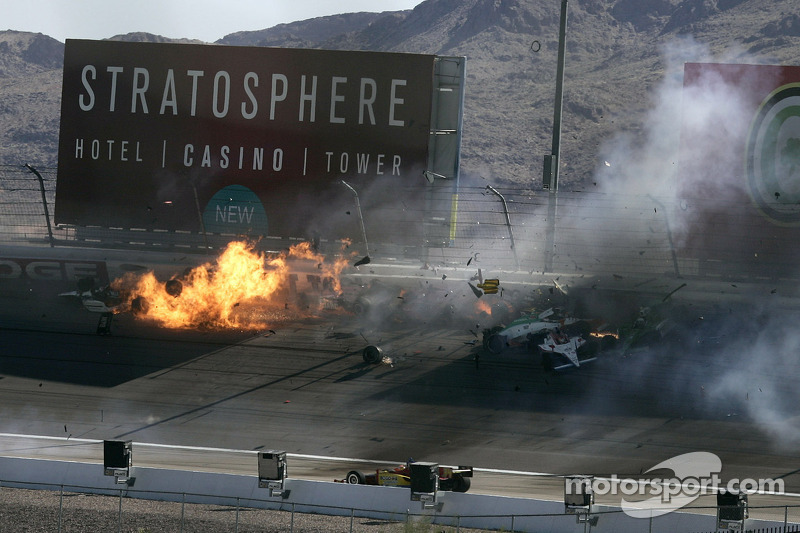 As expected, the IndyCar Series investigation concluded that the crash that ended with the death of Dan Wheldon, and to no surprise, was not caused by any driver as it was a definite racing incident that ended in a tragic domino effect.

There are multiple factors that are not uncommon to racing that came together in a way that claimed Dan's life.


IndyCar officials presented an account of the last moments of the life of late Indianapolis 500 champion Dan Wheldon on Thursday and offered a "too many racing grooves" theory on the cause of the accident at Las Vegas Motor Speedway on October 16th that took his life.

"There are multiple factors that are not uncommon to racing that came together in a way that claimed Dan's life," said Brian Barnhart, President of Operations of IndyCar during the hour-long press conference at Indianapolis Motor Speedway.

Chief among the incidents that contributed to the fatal accident, which occurred on Lap 11 of a scheduled 200-lap season-ending IndyCar championship event, was the airborne flight of Wheldon's No. 77 Sam Schmidt Motorsports race car. Data from the accident data recorders carried aboard Wheldon's car established that he was killed when his head and helmet struck a fence post that runs along the catchfence barriers abutted to the concrete walls of the race track.

The impact administered a blow sufficient to make the accident unsurvivable. Wheldon was pronounced dead at University of Las Vegas Medical Center after being transported from the raceway via helicopter.

The review of videotape from the race also identified a problem that may bar any future return of open-wheel racing to the Las Vegas facility: a quirky racing surface that permitted multiple racing grooves around the 1.5 mile oval, a feature that promoted unusual car placements among the competitors and denied Wheldon an avenue escape from the collision that launched his car into the catchfence. 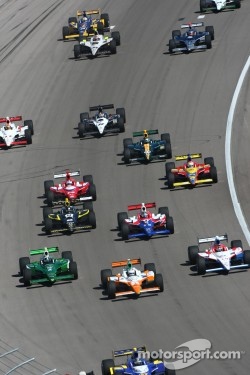 Barnhart explained that the unrestrained movement within the 34-car field, by far the largest of the year in IndyCar racing and exceeding that of the Indy 500 in number, could not have been anticipated in the run-up to the race in practice and qualifications. The peculiar and race- specific "track geometry" made wheel-to-wheel contact more likely than on most ovals over which the series competes.

A sidebar note of the review concluded that the track dimensions and pit locations were not contributory to the accident.

Randy Bernard, CEO of IndyCar, commented to the series' intent of making the next generation of cars (now in development and undergoing on-track testing by drivers) safer but offered no direct remarks about the accident. The Las Vegas race was widely seen as Bernard's "hometown" event, one which he promoted heavily as a one-time spectacular to fans.

"Indycar's commitment to safety was enhanced by Dan Wheldon's testing throughout 2011 of the new car to be used in 2012," he said. "The new season ushers in an era of a new race car and the opportunity for continued safety advancements."

The new chassis, designed and constructed by Dallara Automobili, features safety enhancements (side intrusion panels and wheel tethers) as well as a roomier cockpit that may accommodate additional padding and protection for the driver. The design also includes a "floating headrest" to limit driver head movement during a collision.

Wolf Technical Services of Indianapolis assisted IndyCar in verifying that the investigation was thoroughly and accurately performed, and the conclusions reached in the summary findings were valid.