All you need to know ahead of the fifth and sixth rounds of the 2020 NTT IndyCar Series – the Iowa 250s at Iowa Speedway in Newton, IA.

By:
David Malsher-Lopez
Co-author:
IndyCar Series
Listen to this article 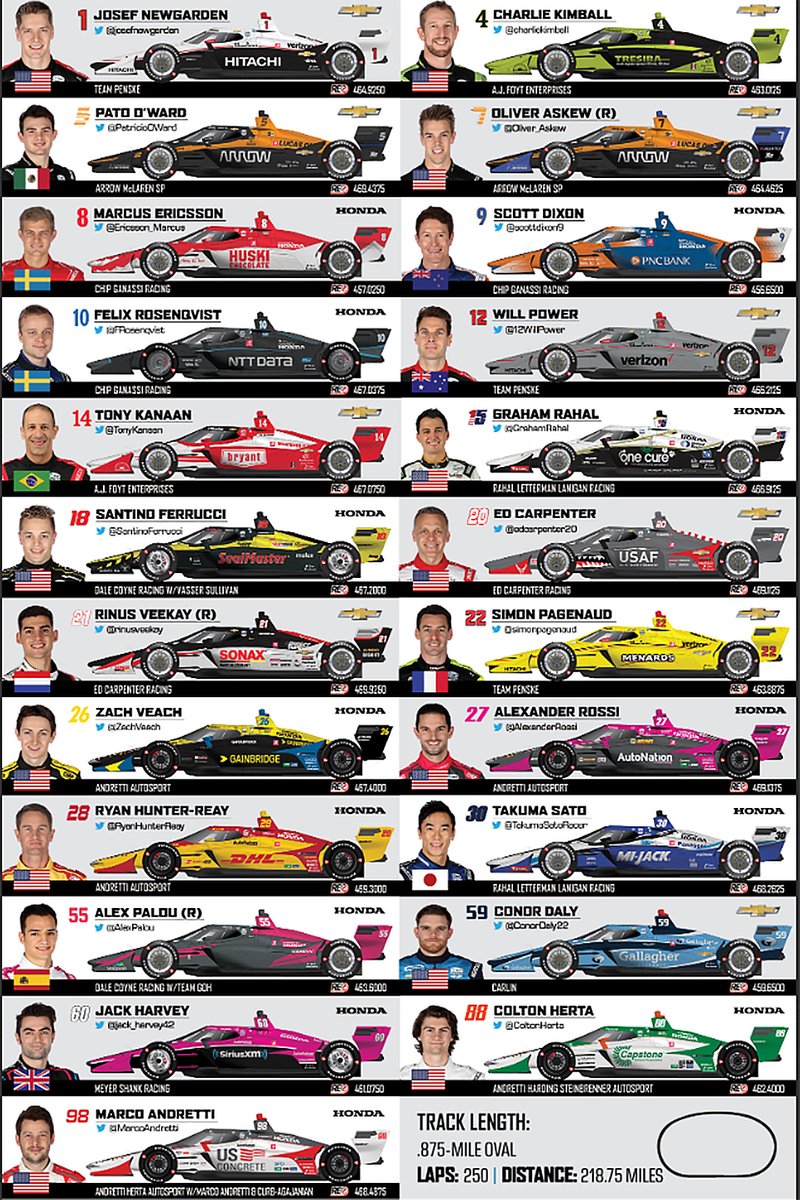 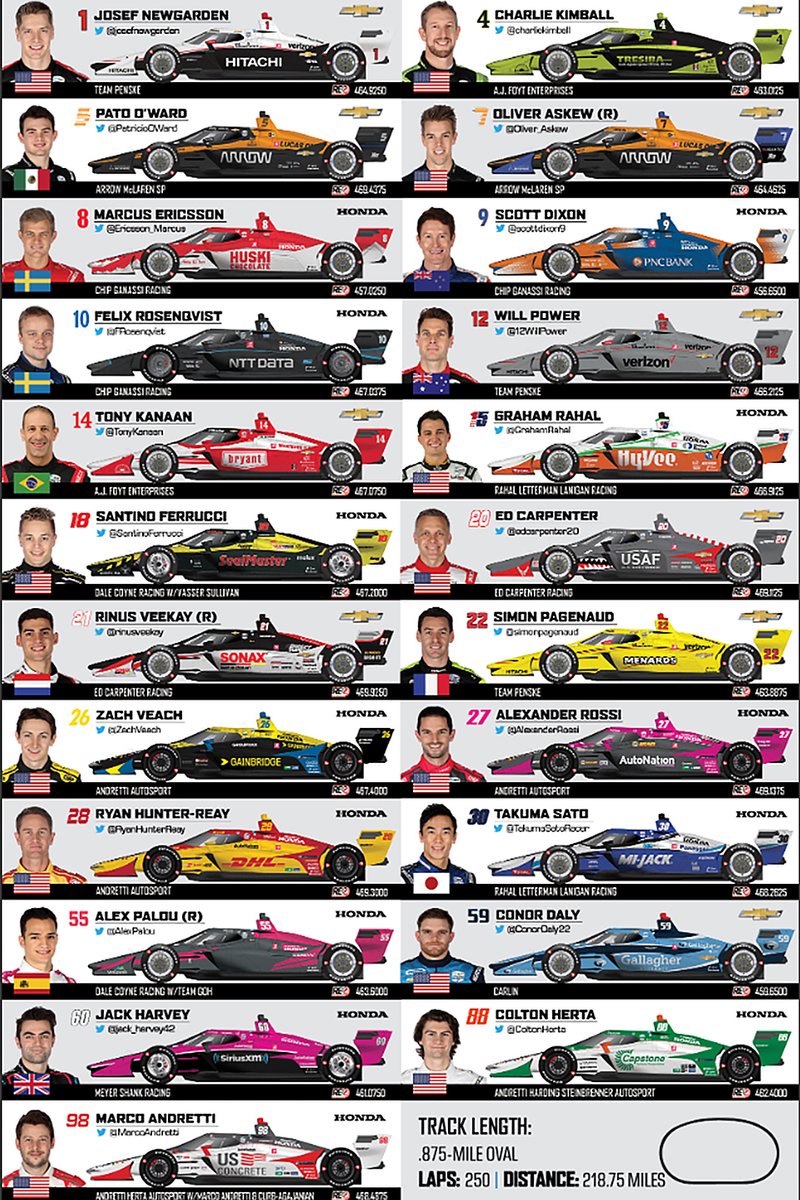 Firestone tire allotment: 14 sets for use throughout the weekend.

Leigh Diffey is the NBC/NBCSN announcer alongside analysts James Hinchcliffe and Paul Tracy.

IndyCar Radio Network broadcasts: Mark Jaynes is chief announcer alongside analyst Davey Hamilton. Jake Query is the turn announcer, while Michael Young and Nick Yeoman will be reporting from the pits. All IndyCar races air live on network affiliates, Sirius 211, XM 205, indycar.com, indycarradio.com and the IndyCar Mobile app powered by NTT DATA. All NTT IndyCar Series practices and qualifying are available on indycar.com, indycarradio.com and the IndyCar Mobile app, with qualifying also airing on Sirius 211 and XM 205.

The Iowa IndyCar 250s will be the first doubleheader event at Iowa Speedway and the 11th IndyCar oval doubleheader held since 1967. The last doubleheader was in 2011 at Texas Motor Speedway, when Dario Franchitti and Will Power won a race each.

This weekend’s races are the 14th and 15th IndyCar races at Iowa Speedway, with four former winners on the grid. Ryan Hunter-Reay has won here three times, Josef Newgarden twice while Marco Andretti and Tony Kanaan have one Iowa win each.

Scott Dixon has started from pole three times at Iowa Speedway (two of them earned), but neither he nor any other IndyCar driver has managed to win here from pole.

Current points leader Scott Dixon has started on pole three times (two earned) and has 10 top-10 finishes at Iowa in 13 starts, but he has never finished better than second. 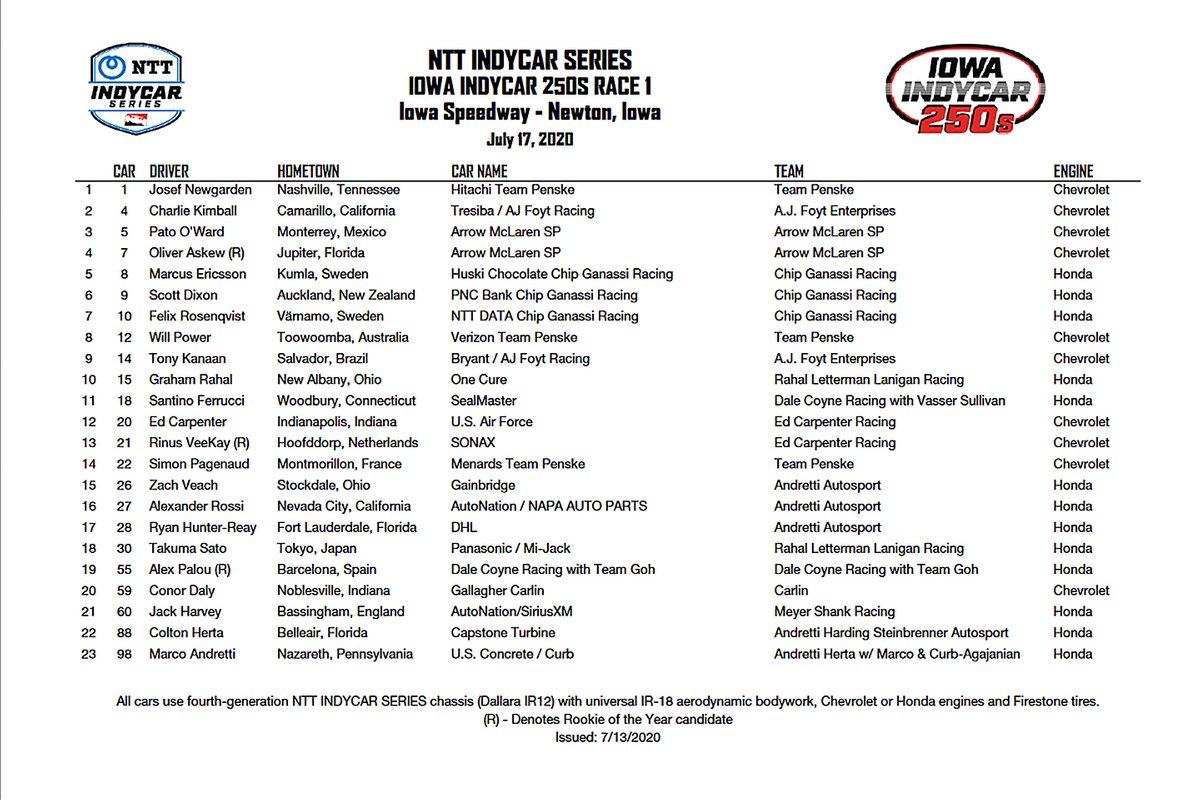 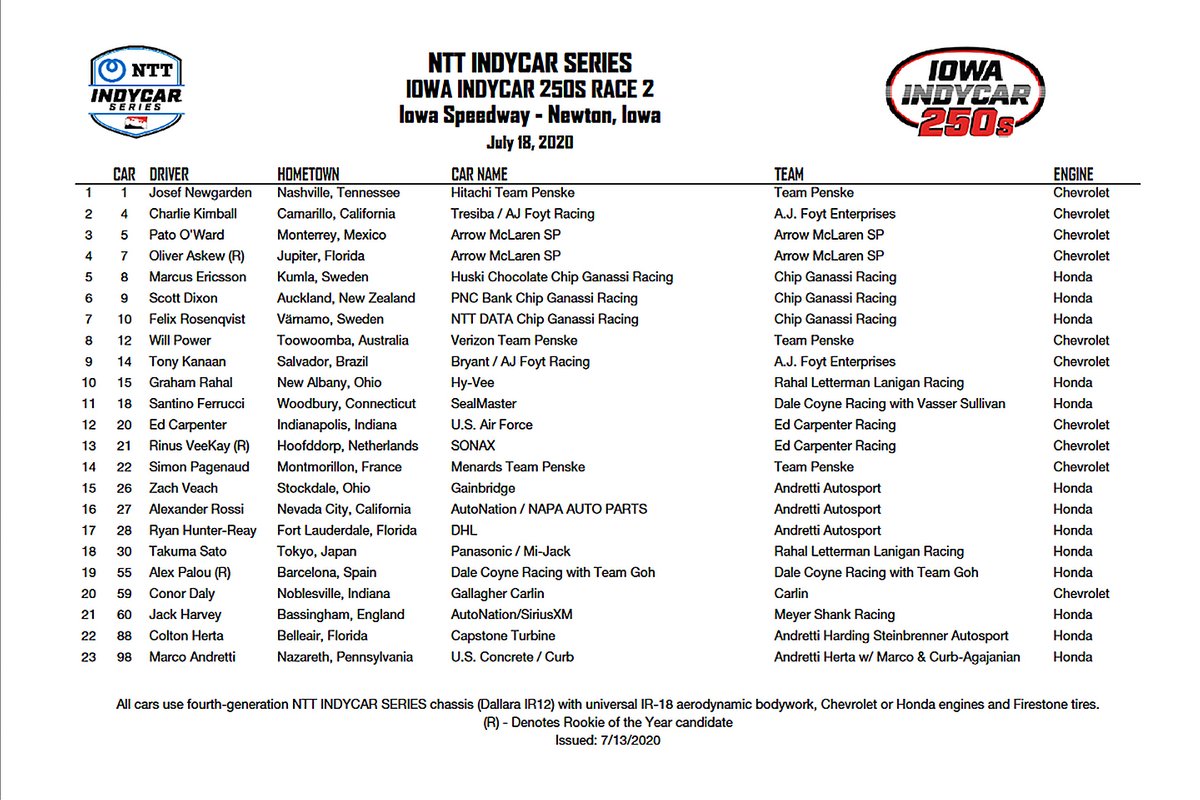 Cosworth: F1 return not on radar despite Ford's comeback