A roundup of driver comments about the upcoming 2014 season.

Graham Rahal advised that his team’s new National Guard sponsorship represents a strong shot in the arm for them, allowing the Rahal Letterman and Lanigan organization to be more competitive. The team not only is transitioning to Honda power but it has enhanced its engineering staff and has given a renewed life to the organization going forward. “This is probably the best I’ve felt in a long time,” said Rahal. He confirmed that Bobby Rahal, his father, was calling most, if not all, shots at this time, and that the father and son duo have a great working relationship. At this time, the team plans to focus on just one car and not add another just for the sake of doing so. 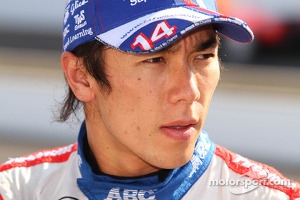 Takuma Sato, who won at Long Beach a year ago, indicated his team is virtually unchanged from 2013, which is considered a positive. After the win in California, he said he flew back to Japan where he received a strong welcome. Obviously, the glow from the victory carried the A. J. Foyt team through the season.

Ryan Hunter-Reay said his Andretti Autosport team’s transition to Honda power is going well. Reflecting on the finish to last year’s Indy500, the driver said he often thinks about the race, which saw him lose the lead in the late going and just as he was set to charge back, a yellow flag ended the race and he lost out to Tony Kanaan.

Sébastian Bourdais has been experiencing a strong transition to KV Racing, and he’s been among the top-three speedsters in each test. And this has taken place after he thought he lacked for a quality ride in 2014. “I’m really pumped about it,” the St. Petersburg resident said. “And I haven’t felt this way in a long time.” 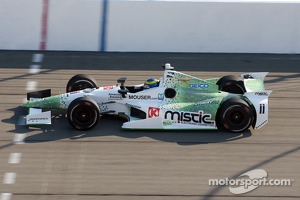 Scott Dixon admitted he will miss having Dario Franchitti as a teammate but is thrilled to have him part of the team. Franchitti’s engineering know-how will be one of the missing elements, but Tony Kanaan is expected to deliver value. The IndyCar champion said he will not switch from No. 9 to No. 1, which is indicative of the championship. While he leads active drivers with 33 wins, he said he’s not into history and statistics, instead focusing on the next race.

Newcomer Mikhail Aleshin, the Russian ace, described his limited IndyCar experiences, to include two road courses and an introduction to ovals, the latter of which is brand new to him. Even though he has raced in Europe for several years, he has never competed on an oval. For 2014, he has signed with Schmidt Peterson Motorsports, and the 26-year old is being sponsored by SMP Racing, a Russian company that develops up-and-coming drivers. In turn, SMP Racing is owned by the SMP Bank, said to be one of the largest financial institutions in Russia.

Montoya headliner at media day ahead of return season