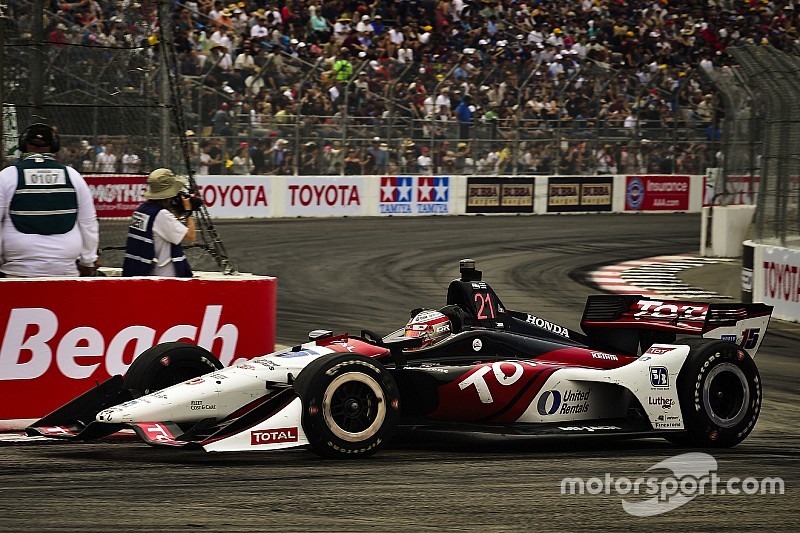 NTT IndyCar Series cars will be equipped with new LED displays this year to help fans follow all sessions and races, and to aid the AMR IndyCar Safety Team when attending to disabled cars.

The previous-generation matrix LED system was ditched just four rounds into 2018 due to “performance inconsistency,” prompting IndyCar to contract MoTeC to modify its system used in IMSA.

That work has been completed, and all IndyCars from next week’s opening 2019 round in St. Petersburg will carry the panels, again on the Dallaras’ rollhoops.

For the sake of the fans trackside and watching TV, the panel will display a car's current running position, when the driver has engaged the push-to-pass overtake assist button, signified by a flashing green "PP" and a clock for timing the car’s pitstops.

To assist the Safety Team, the panel will show whether a disabled car's engine is running, allowing the team to more quickly respond to, restart and release the car back into competition.

Jay Frye, IndyCar president, stated: “We know that fans at racetracks and watching from home appreciate the LED system that helps them keep track of how their favorite cars and drivers are performing. That's why we worked hard in the offseason to develop a more reliable system that will have even brighter displays that make them more visible to everyone.

“Our thanks go to MoTeC and Jon Koskey, IndyCar’s senior director of technology, who led the effort on this important project.”