Indycar and Lotus acknowledge contributions to 2012 season and Lotus announces it's focusing on core business activities.

INDIANAPOLIS - INDYCAR announced today that it has released Lotus from its contract to supply engines to the IZOD IndyCar Series.

"We appreciate the effort that Lotus made in helping return manufacturer competition to the IZOD IndyCar Series," said Brian Barnhart, president of operations and strategy, INDYCAR.

"However, Lotus has made a business decision not to return in 2013 and asked for its release. We wish them well and would welcome their participation again in the future."

Aslam Farikullah, Lotus Chief Operating Officer, said, "Lotus is grateful to INDYCAR for the opportunity to compete during the 2012 season and for the support provided throughout. 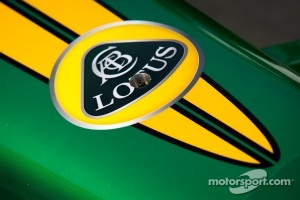 The decision not to continue was not an easy one and Lotus does not discount the possibility to re-enter the series at some time in the future.

For the time being, Lotus will focus on core business activities as a leading sports car manufacturer and world class engineering consultancy."