A six-car crash at Texas Motor Speedway put the fourth round of the 2021 NTT IndyCar Series under yellow right from the start.

The accident occurred when Pietro Fittipaldi’s Dale Coyne Racing with RWR-Honda hit the back of Sebastien Bourdais’ AJ Foyt Racing-Chevy, turning it into the Andretti Autosport car of Alexander Rossi. Fittipaldi said the cars in front checked up, leaving him nowhere to go and suffered a sprained finger in the impacts that followed.

That triggered more chaos, with Dalton Kellett and Ed Jones ensuring both cars from Foyt and Coyne were eliminated before completing a lap. Also out for the day was the Carlin team, who saw its sole representative, Conor Daly, hit the wreck trying to follow the lucky James Hinchcliffe through. 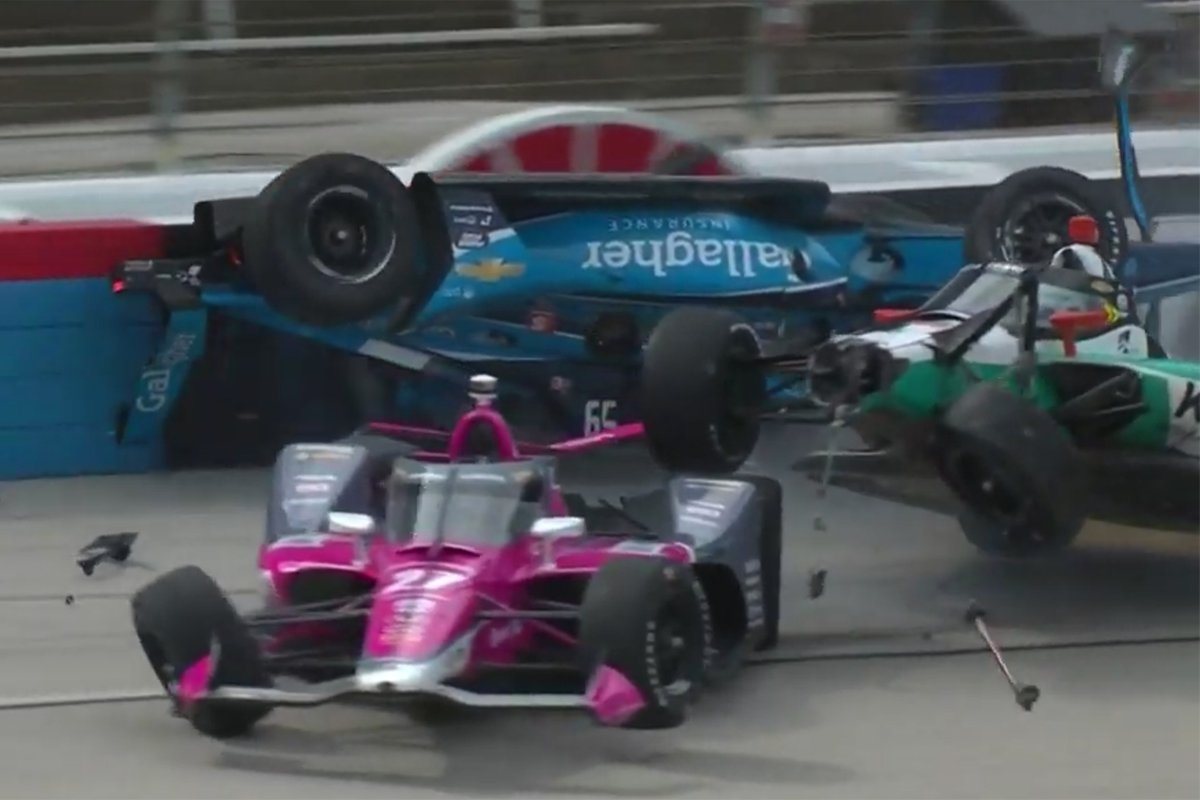 Daly’s impact tipped the #59 upside down and into the SAFER barrier, sliding down the track until reaching the infield grass which flipped the wreck the right way up.

"I general in IndyCar I think we have too many start crashes, I think we should probably look at that," Daly told NBC SN. "There's such an accordion effect. Honestly, it looked fine, everyone was accelerating, I had the best view because I was last, but all it takes is one person [to wreck] because everyone else is nose to tail.

"All I know is being upside down isn't fun, haven't had that happen in IndyCar before. On our bingo card of having terrible things happen to us so far this year, I dunno what's going to be next.

"It's been a rough start for sure." 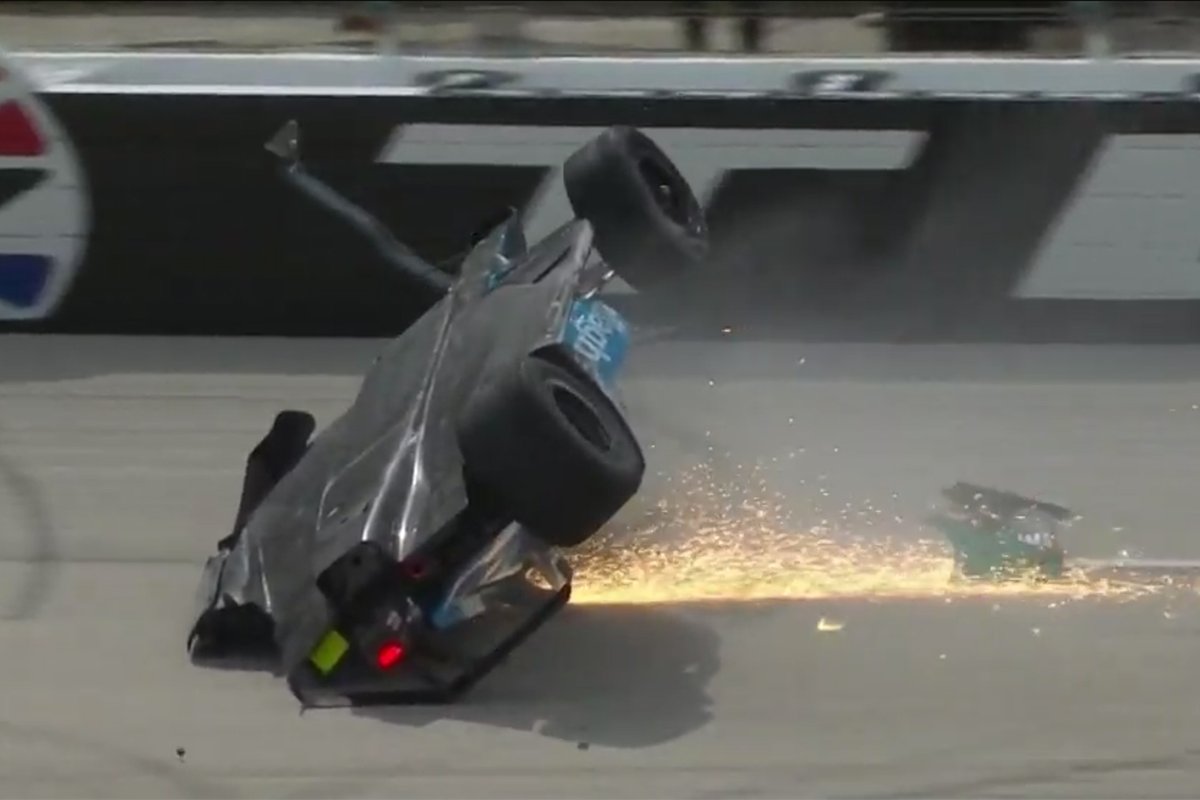 Bourdais was taken out for the second day running, having been hit by Penske's Josef Newgarden in Saturday's race. His crew stayed up until midnight to fix the car, only for it to be wrecked again on Sunday.

"Obviously I didn't see anything but Pietro apologized for running into the back of us, so I'm guessing he just drilled us – that's what set the whole thing in motion," said Bourdais. 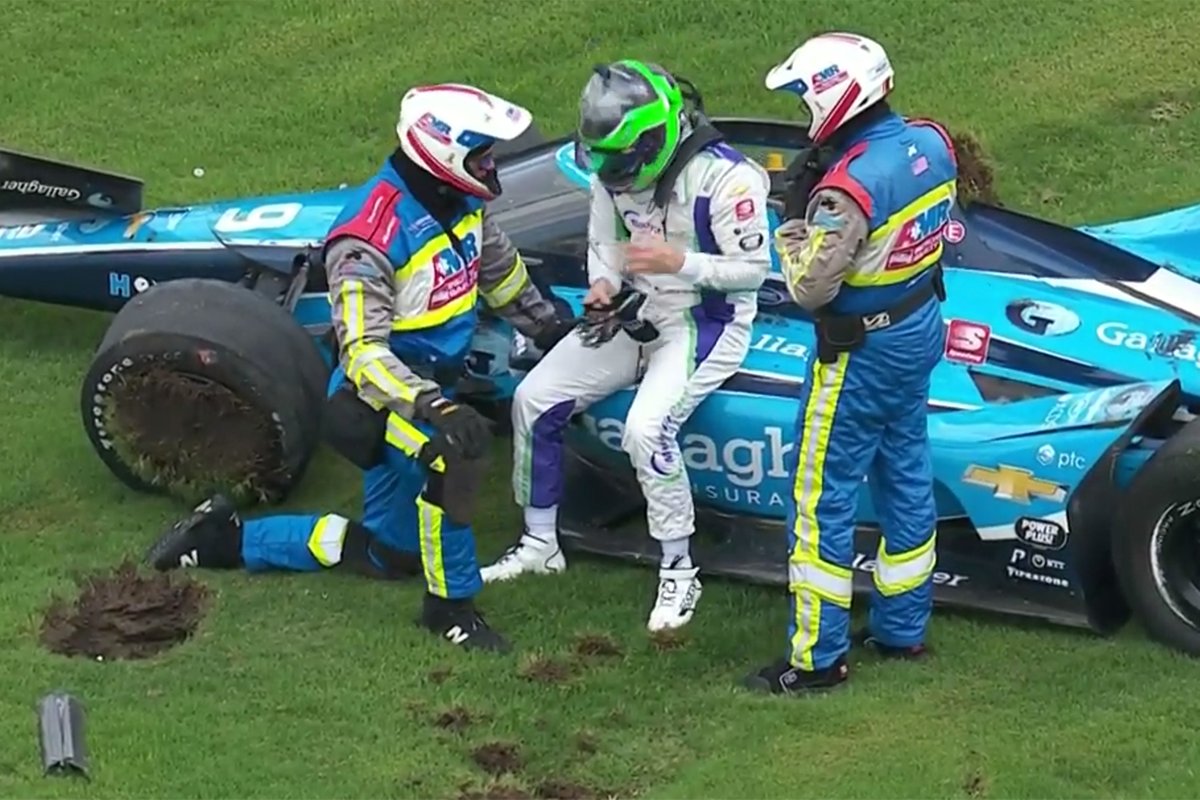 "Clearly it was checking up at the front, by that stage we should be going, so I don't know what was going on at the front. It's still not an excuse but the same thing as yesterday [with Newgarden] when it checks up in front of you, you should be in control of your car in slowing down. Two days in a row we got drilled, expensive couple of days for AJ Foyt Racing.

"The guys who worked until midnight to fix the car last night after Josef took us out, and then we can't even take the green flag! Not very impressed right now."