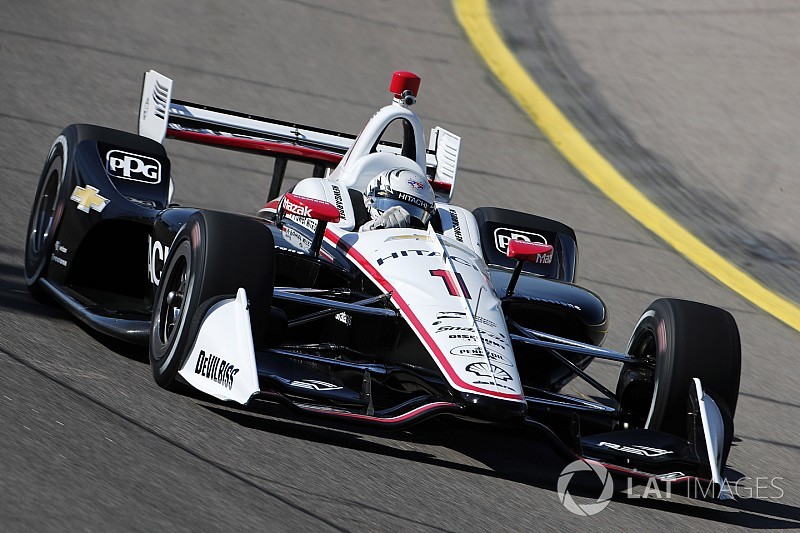 The top five drivers in the IndyCar championship filled the top five spots in final practice for the Iowa Corn 300, as drivers ran in traffic, but Simon Pagenaud suffered the third Chevrolet failure in just two weeks.

Newgarden’s fastest lap in the #1 Team Penske-Chevrolet was a 176.772mph (18.2065sec), heading Alexander Rossi and Ryan Hunter-Reay in second and third for Andretti Autosport. Rossi, in particular, seemed able to sit close behind other cars and time his passing to perfection, much as he did on his way to third place at Phoenix’s ISM Raceway in April.

Fourth and sixth fastest were the Chip Ganassi Racing-Hondas of Scott Dixon and Ed Jones sandwiching polesitter Will Power. But it was the Penske of Simon Pagenaud that caused concern, blowing its engine approximately eight minutes before the end of the session. This came just a few days after teammate Power suffered engine failure at Road America at the start of the race, and then again in the Iowa test last week.

Zach Veach was 10th for Andretti Autosport, but Marco Andretti’s setup problems from qualifying carried over into the race setup running, and he wound up 22nd and last.

Power: IndyCar has got downforce levels right at Iowa