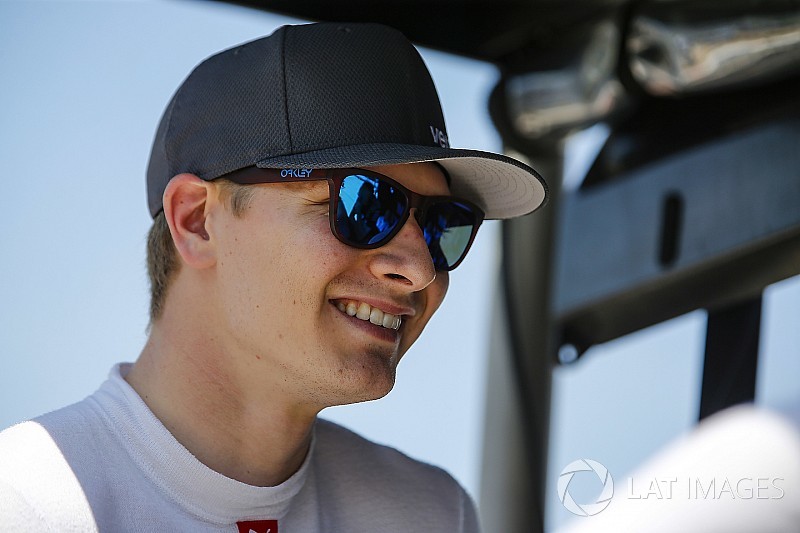 James Hinchcliffe steered his Schmidt Peterson Motorsports-Honda to seventh, but had a harmless spin on cold tires as he left the pits in the dying minutes of the session.

Leist, on his 16th lap, spun exiting Turn 2 and went far enough around to tag the outside wall with his right rear and knock off his rear wing, and his fastest lap of only 172.195mph was some 11mph off top time.

What makes Iowa Speedway so challenging for IndyCars