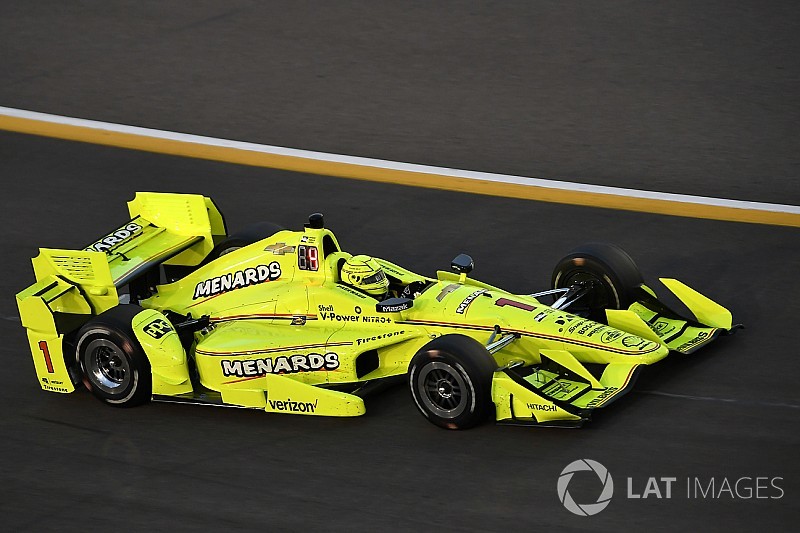 Team Penske’s defending IndyCar Series champion Simon Pagenaud was fastest in the final session of the day, after clocking a 179.617mph on his 10th of 46 laps.

Chip Ganassi Radcing’s Scott Dixon will be starting only 17th, but he should have a fast car, judging by the evening’s laptimes, finishing fourth fastest on 177.398 – as top Honda runner.

His teammate Tony Kanaan was sixth quickest, the pair split by defending race winner Josef Newgarden in a third Penske.

Dale Coyne Racing’s Esteban Gutierrez, making his oval debut this weekend, was the hardest working driver on pitlane, racking up 76 laps of the 0.894-mile oval, and it paid off as he finished 0.05mph faster than teammate Ed Jones.

The teams will get 10mins of pitstop practice tomorrow at 3.10pm local (Central) time, while the race will start at 4.40pm.