INDYCAR is now seeking new partnerships with brands looking to align with the fastest, most versatile form of racing.

INDIANAPOLIS - INDYCAR announced today that IZOD will conclude its sponsorship of the IndyCar Series after the current season.

"We are proud of our partnership with IZOD over the past six years and we're grateful to PVH Corp., owner of the IZOD brand, for its support, creativity and vision," said Mark Miles, chief executive officer of Hulman & Co., the parent company of INDYCAR. "But circumstances change and now we're seeking new partnerships with brands looking to align with the fastest, most versatile form of racing. 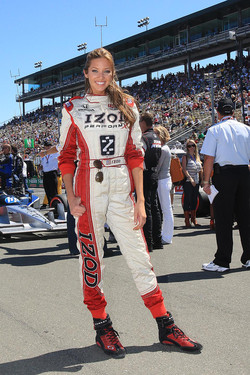 "We are combining and strengthening our commercial functions at INDYCAR and Indianapolis Motor Speedway, which will allow us to more aggressively pursue new opportunities for our sport."

IZOD joined the IndyCar Series in 2008 as its official apparel provider and became the series entitlement holder in 2010.

"After an exciting relationship that has been as enjoyable and fast-paced as INDYCAR itself, PVH Corp. has made the decision to not continue IZOD's title sponsorship with IndyCar beyond the 2013 season," said Mike Kelly, Executive Vice President, The PVH Marketing Group.

"As we and our retail partners shift the IZOD brand's product focus, we need to shift our marketing spend to complement it. We would like to thank the IndyCar community, from the amazing fans, to the incredible drivers, to the entire series, for their partnership. We wish the series all the best and we look forward to finishing out the 2013 season with much success."

With a new approach to scheduling, dynamic drivers, racing on distinct oval, street and road courses, and renewed focus on innovation, speed and safety, INDYCAR's trajectory is up.

"Our on-track competition is at an all-time high and INDYCAR offers a unique activation platform with brand attributes of speed, technology and innovation. With changes we've made to our overall company structure and the master facility plan underway at the Indianapolis Motor Speedway, we're heading into discussions with some very creative opportunities," Miles added.

IMS to host IndyCar road race in May 2014

Should Formula One return to Long Beach?