The Juncos Racing team is in a fight to start its third Indianapolis 500, after two sponsors fell by the wayside. 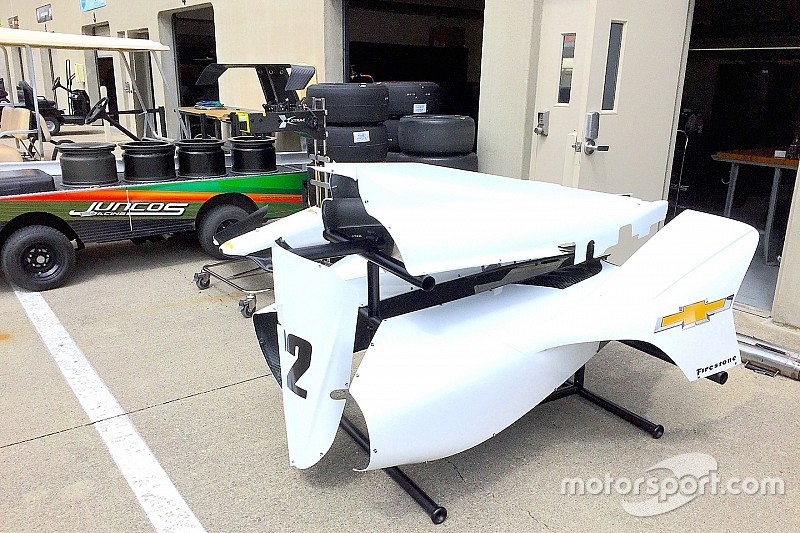 Team owner Ricardo Juncos, who first entered the race in 2017 with a two-car effort for Spencer Pigot and Sebastian Saavedra, and last year ran his 2017 Indy Lights champion Kyle Kaiser, is still aiming to enter Kaiser in the 2019 race again.

However, the legendary junior open-wheel team’s IndyCar was seen in plain white livery after losing two sponsors – one as recently as last week.

Juncos, who this year also has a full-time IMSA Prototype entry campaigning a Cadillac DPi-V.R, has been able to enter just one NTT IndyCar Series race this year, the second round at Circuit of The Americas.

Attending his Indy Pro 2000 team’s oval test at Lucas Oil Raceway, he told Motorsport.com by text: “I’m still trying some things. We will see. I want to focus on the race.”

Team personnel weren’t prepared to speak on the record, except to praise Chevrolet and Pratt & Miller – who run the Bowtie’s IndyCar engines – for “being so helpful, and giving us the same things every other Chevy runner has here.

“We honestly feel our car’s even better than last year when we qualified 17th, so we’re really hoping things turn around.”