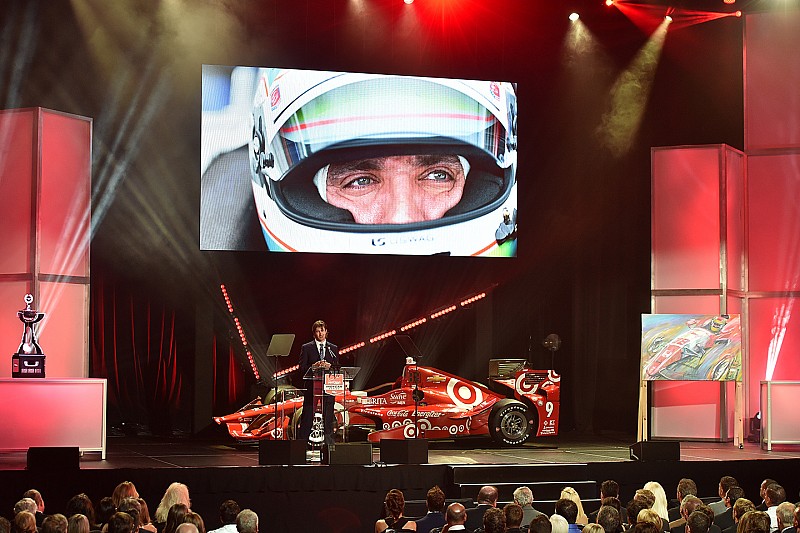 Justin's younger brother Stefan accepted the honor on behalf of his late brother.

The late IndyCar driver Justin Wilson has been awarded the title of Most Popular Driver at the championship banquet Monday night. It was the first time Justin had ever won MPD and the second time in the history of the series a driver earned it posthumously, the other being Dan Wheldon in 2011.

The 37-year-old lost his life after being struck in the helmet by debris during the penultimate round of the season at Pocono. Oriol Servia drove the No. 25 in his honor at Sonoma, finishing 12th.

Justin's 25-year-old brother Stefan accepted the award on his behalf and gave the following speech.

"Thank you to all the fans and fellow drivers for voting for Justin.

"Your messages and gestures of support over the last week have been truly overwhelming. Whilst nothing will bring him back or fill the 6 foot 3 void that he's left, it has provided some comfort to know how well thought of he was and how much he was loved.

"I've been trying to learn what qualities made Justin special to me and to others, and over the past week my definition of a true competitor has completely changed. I used to think that a true competitor would do absolutely anything to win, even twisting the rules in pursuit. I've come to realize that is not the pursuit of victory, but rather the pursuit of the spoils of victory.

"A true competitor retains integrity, competing to be the best he can be, to accurately measure himself against his fellow competitors, and to know when he wins, it was because he was the best on that day. That integrity and that spirit is exactly what Justin embodied.

"Just over a week ago today, I sat holding his hand and praying for a miracle that didn't come. I stand here today, in front of you all whilst we reflect on his life, and I challenge you, what lessons can you learn from Justin?"