Kyle Kaiser is certain that Juncos Racing will make the start of the Indianapolis 500 should he qualify, despite the team losing two sponsors. 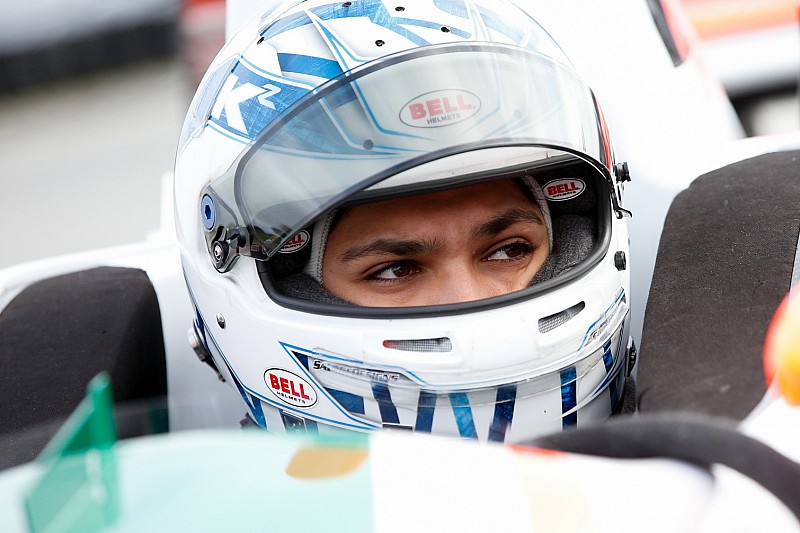 As projected by Juncos team members yesterday, the #32 Chevrolet-powered entry performed well in the opening day of practice, with Kaiser breezing through the Refresher test in the early afternoon, and going on to set the 21st fastest time of the day.

But there continues to be speculation regarding whether the team would make it to and through qualifying and then make the start of the race. Such fears appear groundless, according to the 2017 Indy Lights champion.

“My mindset is, it doesn't change no matter what's on the car,” he commented, “if there's nothing on the car, if the car is covered in sponsors, – which obviously is what we'd love.

“But for now, I go out there and I drive the car as best I can and put the car at the front every chance we can. And hopefully, if we perform the way we’re supposed to perform, then we'll have people coming in to get on the side of the car.

“Yeah, I don't feel like my confidence is contingent on what the car says or what the car looks like. I wouldn't be1 a very good driver if my driving depended on what color the car was! So I go out there, I do my job, I drive the car as fast as it can go, and I let the business end take care of itself.

“Actively we are looking for sponsors to be on the side of the car, because that’s what keeps the car going on the track, obviously, but regardless, if we qualify for the race, we'll be in the race.

“I was overall happy with how the car felt. It felt very similar to last year, and last year we had a lot of pace, so I think it's all feeling really positive going into the rest of the week.”

Why Alonso's second Indy 500 will be much harder