Kanaan confident of contending for victory 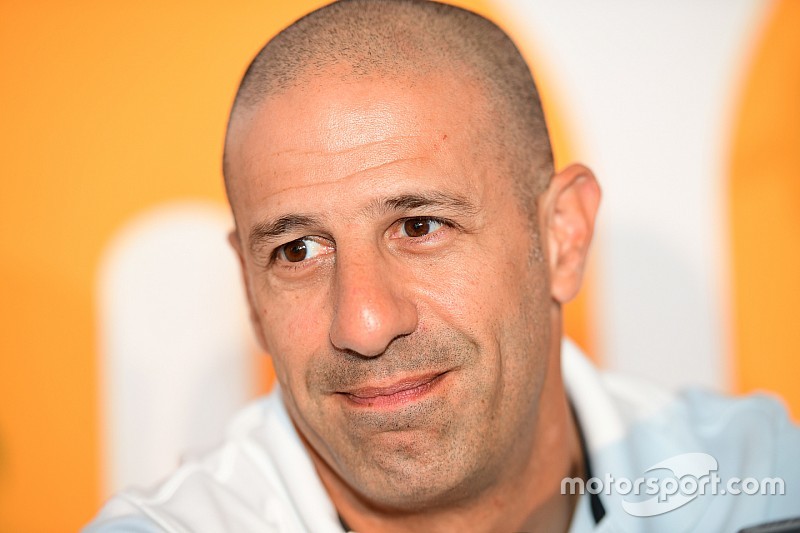 Tony Kanaan says he is confident that he and the team can win the Indianapolis 500, and again urges everyone to ignore qualifying form.

The Brazilian veteran, who won Indy in 2013 for KV Racing after many years of exceptional performances at IMS, but since joining Chip Ganassi Racing in 2014, has not had the results most would expect of this combination of talents.

However, in Monday practice, he appeared to have the car least affected by the dirty air and he was able to place the #10 Ganassi-Chevrolet anywhere on the track. And in practice today he was comfortably quickest, albeit with a tow, suggesting that he won’t take long to hit the front.

He said: “It doesn’t even matter where you are by lap 100 [halfway point]; it matters to be in the top five after the last pitstop.

“There is a difference between aggression and being smart and I know I have a good car so I’m really not in a hurry to get to the lead. But if I have an opportunity to move up toward the front, I will.”

However, in the Indy 500 since 2012 – the Dallara DW12 era – there has been some strange racing in the early stages as drivers have been cautioned by their race engineers and tacticians to try and get in the tow of their rivals in order to save fuel. Kanaan acknowledged that avoiding being at the very front and therefore burning too much fuel was a factor in his strategy for Sunday.

“Do I want to be leading a lot of laps? Not really,” he told Motorsport.com. “But I said the same thing in 2013, starting 12th, and I think we hit the front by lap 10 because no one wanted to lead.

“We’ll see. It’s going to be a chess game and everyone’s gonna play it. And I can tell you that a lot of the guys including myself are not going to show everything we’ve got until we have to.

"What They're Saying" from Indianapolis 500 Carb Day