The 2013 Indy 500 winner Tony Kanaan was left stunned by a drop from potential Top 10 finish to going a lap down over the final stint in last Sunday's 104th running of the race.

The A.J. Foyt Racing entry of Kanaan had arguably made the most impressive gains by a Chevrolet driver for the majority of the race, climbing from 23rd on the grid into the top 10 by Lap 125. The Brazilian veteran’s famed restarts and slick work by the #14 pit crew saw him running ninth until making his final stop on Lap 168.

However, Kanaan then had to ease back in dramatic manner over the final 30 laps in order to make it to the finish without a further fuel top-up, and he thus fell to 19th and one lap down.

“I don’t know what to say,” said Kanaan whose final non-Indy races will come this weekend at World Wide Technology Raceway in Gateway. “We had a solid car, made a lot of positions on track and also in the pits. We went from 23rd all the way to eighth, I believe.

“But at the end I had to match a fuel number to make it to the checkered without a splash, and in order to do that I had to let a lot of cars go.

“I truly believe that we had a Top-10 car. We ran up there most of the race and it’s just disappointing that we had to settle for 19th.”

One of those drivers he had to let past was teammate Charlie Kimball who had started 29th. Like the stars who had started in the final third of the grid, Kimball switched to an alternate fuel strategy at the first caution period, only to find the hope it offered extinguished not long before half-distance when two consecutive caution periods totaling 16 laps obliged almost all cars to revert to the same strategy.

Having nevertheless climbed to 15th before the final stop, Kimball stalled as he left his pitbox and dropped to 22nd, ultimately working his way back to 18th.

“The car was quite a handful there in the middle of the race,” he said. “We found something, made it better, I think we were probably going to finish in the top 15, but… it was so hard to pass out there.

“The nice thing is the AJ Foyt Racing boys gave me a few spots in pit lane and then unfortunately I made a mistake in that last stop and gave it all back, but they were great and I could always count on going forward when I was coming into pit lane so that’s a big positive out of today.”

“It was a disappointing race day for us," team president Larry Foyt admitted. "It had been a decent couple of weeks, the cars were handling really well and the drivers were happy, but… we had a tough qualifying and the Hondas did a really good job in qualifying so we were starting towards the back of the field and it’s just very tough to pass at Indy right now with all the turbulence.

"The guys were doing a good job and moving up… It just all unraveled late in the race on that last stint. Tony really struggled and Charlie stalled in the pits and that sealed our fate for the rest of the day.” 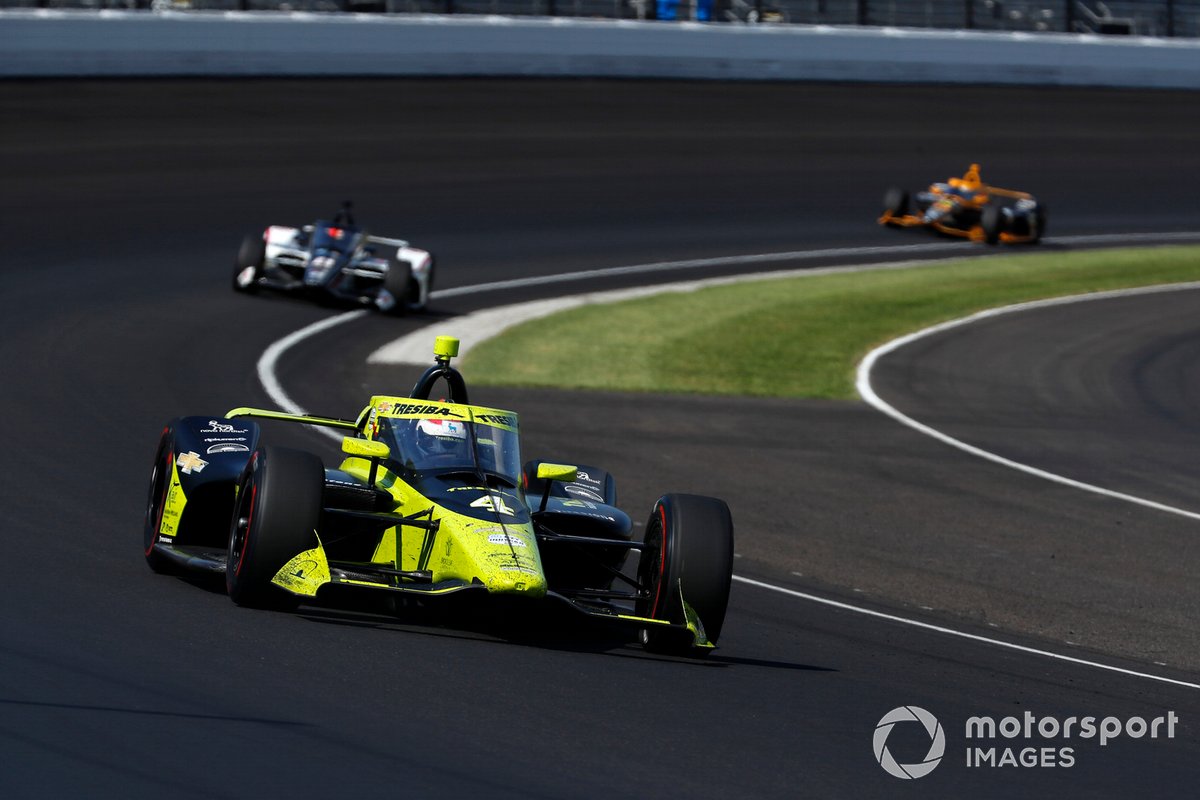