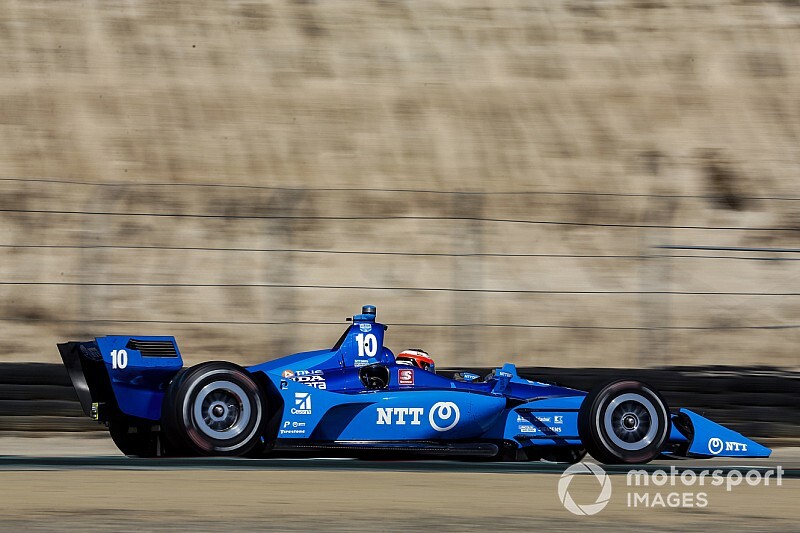 Felix Rosenqvist put his Chip Ganassi Racing-Honda at the top of the IndyCar in FP3 with a run that beat the Team Penske-Chevrolet trio by around 0.2sec.

The Swedish rookie lapped the course in 1min10.406sec, an average speed of 114.433mph, to beat points leader and championship favorite Josef Newgarden by 0.1823sec, with Will Power and Simon Pagenaud in arrears by a mere 0.0042 and 0.0192sec respectively.

Max Chilton was an encouraging sixth quickest for Carlin-Chevrolet, ahead of Harding Steinbrenner Racing’s Colton Herta.

Defending champion Scott Dixon was eighth fastest, while Graham Rahal made it two RLLR cars in the top 10.

Title contender Alexander Rossi was only 10th, and like many, he had a minor off that appeared to do no real damage. He was just ahead of his Andretti Autosport teammates Marco Andretti and Conor Daly, driving a fifth AA car in the US Air Force-sponsored entry.

Sebastien Bourdais, who had to skip the ‘warm-up’ session due to neck pain yesterday, completed 22 laps this morning – more than anyone else – although Tristan Vautier is on standby to drive the Dale Coyne Racing with Vasser-Sullivan car should Bourdais be unable to race.