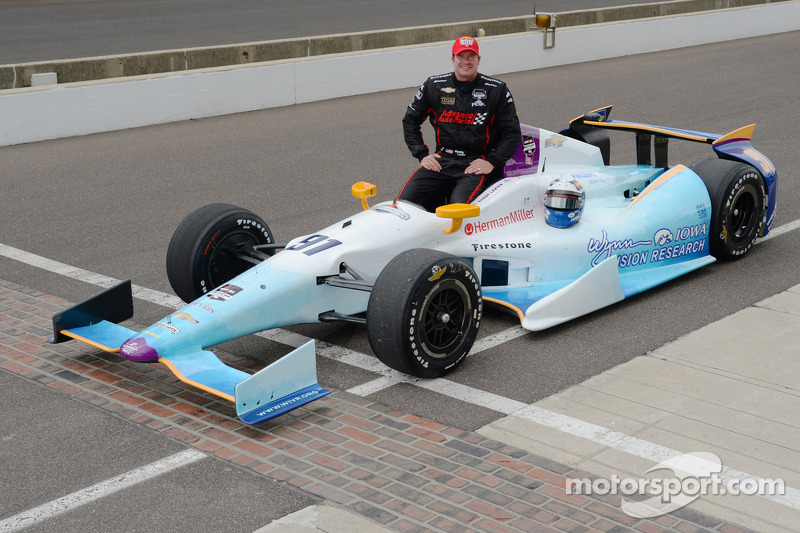 Buddy Lazier is racing for more than glory, but to find a cure for a rare eye disease.

Buddy Lazier’s team has only been around for about a year, but in that year, he’s been able to organize a team that, although has had its troubles, has been able to weather the economic storm by finding sponsors where you’d least expect them, particularly in the field of medicine.

Lazier’s daughter, Jacqueline, has a rare eye condition and Lazier Partners Racing is using motorsports to help try to find a cure for her condition.

“The Indy 500 is a great rallying point not just for [the] racing industry, but other industry as well. It’s very technology and engineering driven. There’s a lot to it, as is the field of medicine, especially research medicine. [There are] research and development with programs that can change people’s lives, [and] that’s sounds like the kind of research that we do in motorsports and in the consumer car industry,” Lazier said.

Lazier elaborated on his new sponsor, the Stephen Wynn Vision Institute for Vision Research at the University of Iowa and how they have helped his daughter.

“In the University of Iowa, they’re curing rare eye diseases, which is very relevant to us as a family because my daughter has a rare eye condition that is sporadic. She’s doing remarkable, you see her running around the racetrack [grounds] and that’s due to a lot of really good doctors,” Lazier said.

This latest sponsor was much-needed for the team that is going through some growing pains as they complete their first year of existence and has had preparation difficulties. 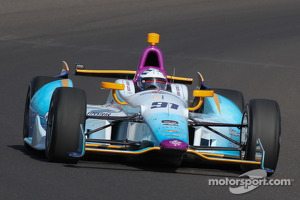 “We should be, at the very least, working from December on for the month of May. Unfortunately, even this year, because we had one sponsor that pulled out last minute and it was a real setback, so we were late getting here to run. Therefore, we lost two-thirds of our practice. We’ve only now [the last day of practice] caught up,” Lazier said.

“We didn’t really get rolling this year until the middle of April,” Lazier added.

Lazier’s team has learned from their preparation experiences this year and will change starting time next year, although the rest of the year will remain the same.

“What’s going to happen differently is that come December, at the very least come December, we’re going to be all cylinders firing. That’s the next step in growing this race team,” Lazier said.

However, the team might even change their plans this year depending on how they do in the Indy 500.

Lazier is hoping to do the Fuzzy’s Triple Crown, because the car would require little work to adjust the superspeedway setup, but LPR’s sponsors are also interested in racing in some of the big street races.

Lazier might have a decent shot at getting to the other Triple Crown races if he does well at the Indy 500. He was 14th fastest in Carb Day practice and according to the non-draft assisted time sheets, he was within the top 10 on all non-draft laps during practice earlier in the week.

However, as it always does, it all comes down to costs.

“There are certain numbers that you’re going to spend on equipment, whether it be motor, tires and people, to run a race in IndyCar it’s hundreds of thousands of dollars, that’s what you spend. It’s something that we know is in the future for this team and it’s a natural next step,” Lazier said.

But, his focus is already on next year, especially with the partners he has now.

“[For] Indy next year, we’ve already begun the [funding] process. A lot of the sponsors that we have are not interested in just one year, most of them are involved in our future. Our race team has 15 entities between its owners and sponsors and not a one of them have been here before. They are all new to racing. That’s very unusual and it’s a very good thing to bring new people into the sport,” Lazier said.