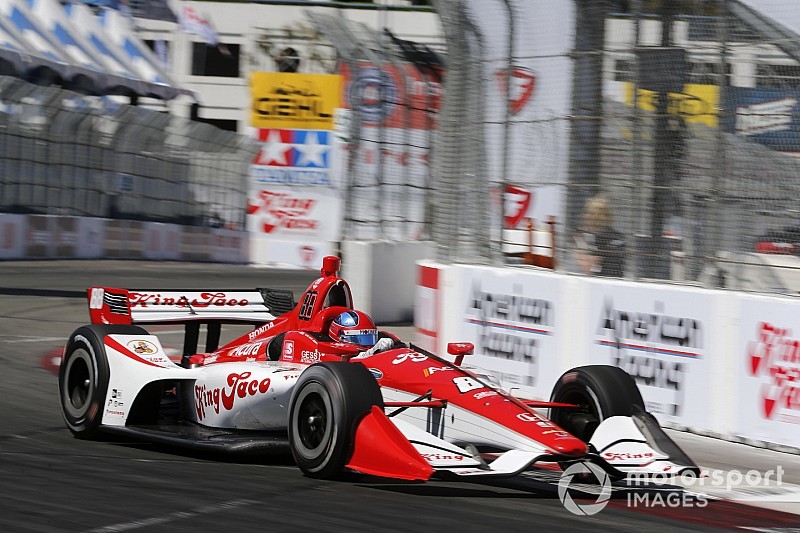 Herta, who set his time on Firestone’s red alternate compound tires, set a best time of 67.1053sec, an average speed of 105.577mph around the classic 1.968-mile street course.

All four Andretti Autosport cars were in the top 10, with Andretti closely followed by Ryan Hunter-Reay in third, polesitter and defending race-winner Alexander Rossi in seventh and series sophomore Zach Veach in eighth.

Rahal Letterman Lanigan Racing-Honda pair Graham Rahal and Takuma Sato, who locked out the front row at Barber Motorsports Park last week and qualified sixth and eighth for today’s race, finished warm-up in fourth and fifth. Sixth went to Scott Dixon, whose Chip Ganassi Racing-Honda will start on the front row this afternoon.

Patricio O’Ward tagged a wall early in the session and had to pit for Carlin Racing to carry out repairs, but once his car was healthy, he went out and snuck ahead of all the Team Penske-Chevys, which will roll off from third, fourth and fifth this afternoon.

The green flag for the 45th Acura Grand Prix of Long Beach will wave at 1:42pm local (Pacific) time.