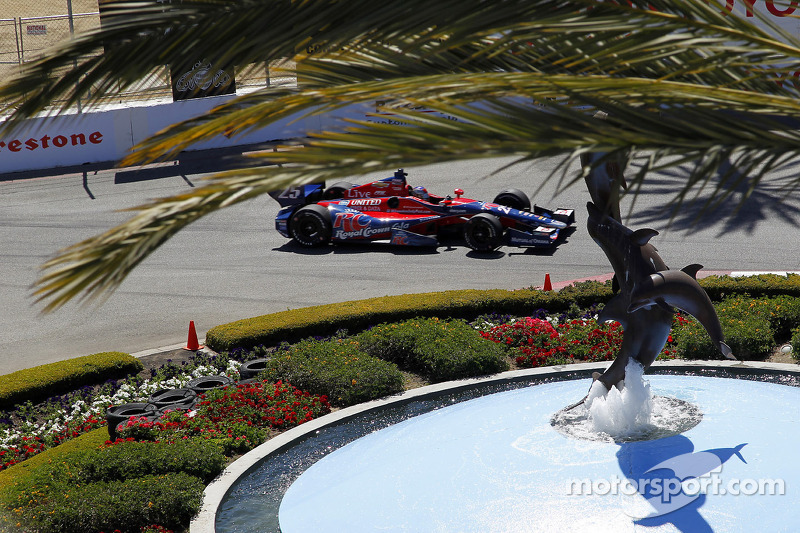 IndyCar returns to the famous Long Beach street circuit for the 30th year in 2014.

IndyCar celebrates 30 years of racing at Long Beach this year, so this year is perhaps the best year to look back at Long Beach through the decades of the IndyCar era, namely 1984, 1994 and 2004.

1984: A legendary era begins with a legendary winner.

The 1984 IndyCar season started at Long Beach in their first outing at the California street circuit. Mario Andretti started on pole alongside Derek Daly while Mario’s son started in 7th.

Andretti led from pole while Kevin Cogan was the first retirement with a broken halfshaft for the Ligier on the second lap. 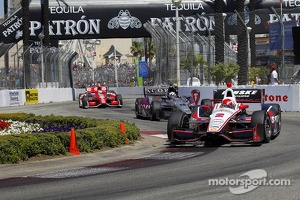 It was a tough start for Team Penske as both cars were out on lap 27 after running 15th and 16th.

The race was one of attrition as frontrunner after frontrunner fell out with various mechanical gremlins. Michael Chandler had a gearbox issue, Al Unser Jr. had an electrical issue, and Teo Fabi spun off, letting Geoff Brabham, Tom Sneva and Emerson Fittipaldi move up.

However, as far up as they could go, they were no match for the Lola of Mario Andretti, as he led the race flag to flag, winning by over a full minute from Brabham with Tom Sneva, Jim Crawford and Emerson Fittipaldi rounding out the top 5.

1994: The king of the beach ascends to his throne.

In 1994, Marlboro Team Penske was starting what was going to become a dominant season with a 1-2 at Phoenix after a disappointing showing in Surfer’s Paradise, Australia.

The team started 1-2-3 on the grid with Nigel Mansell filing out the 2nd row.

Tracy led at the start but Unser Jr. got past him at the first turn after Tracy spun under braking while trying to lap Mike Groff. Tracy got back going again but Groff was done for the day.

Unser led until his first pitstop, at which point Fittipaldi took over the lead for a couple of laps. Unser Jr. got a stop and go penalty for exceeding the pit lane speed limit of 60 mph. Fittipaldi kept the lead until he slowed coming out of the second turn with a problem.

Fittipaldi’s problem was terminal. Just as in 1984, two Penske cars were out of the race before the finish. Fittipaldi, and 9 laps later Tracy, were both out of the race with gearbox issues.

Gearboxes were a problem in the field, as Bobby Rahal had a bad gearbox at the start of the weekend, Scott Goodyear retired with a broken gearbox and Robbie Buhl also had a retirement from a gearbox failure.

However, problematic as they were, the gearbox held together for Al Unser Jr. as he won his fifth Toyota Grand Prix of Long Beach after winning four in a row from 1988-1991.

2004 was the first race for the new Champ Car World Series, which started after CART filed for bankruptcy following their 2003 season and Kevin Kalkhoven, Paul Gentilozzi and Gerry Forsythe bought the assets of the former series in an Indianapolis courtroom. 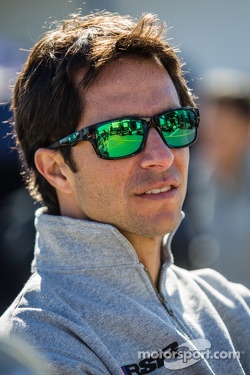 Junqueira led the first lap under yellow after the first start was aborted, but Paul Tracy grabbed the lead heading into the first turn. Three cars were out at turn one as Jimmy Vasser, Alex Sperafico and Tarso Marques were too damaged to continue after Rodolfo Lavin hit AJ Allmendinger heading into turn 1, causing a pile-up.

The attrition that plagued previous Long Beach races seemed to be non existent during the 2004 running, as there were only two mechanical retirements, with the second one happening right before the finish.

However, there was nothing anybody could do to stop Paul Tracy from starting 2004 with his fourth win at Long Beach over Junqueira in second and Bourdais, Carpentier and Dominguez completing the top five.