Four-time Indy car champion and 1969 Indy 500 winner Mario Andretti has endorsed IndyCar’s new contract with Firestone, saying that there’s “no question about the validity of having continuity in the tire sector.”

Firestone, which is entering its 20th seasons as IndyCar’s sole tire supplier, today announced it has extended its deal through 2025. Andretti, who was one of Firestone’s primary test drivers in Indy car racing from the mid 1960s, commented: “The only thing that could be better than this announcement today is if the relationship would have been extended to 2050!”

He continued: “I started my career in Indy car luckily by being able to join one of the top three teams in the series [Dean Van Lines]. Happened to be the team that, at the time, during the famous tire war between Firestone and Goodyear, they were on the Firestone side.

“It seemed like I fit the bill because the first test that I did, I was brutally honest with what I was reporting to the engineers. They thought that was something they had not experienced because sometimes when you have more experienced veterans, they tell the engineers what they want to hear. There was another side of it.

“That's how I got the job as one of the test drivers, which worked really peachy for me because, as you can imagine, it gave me the opportunity to put so many miles under my belt which helped me develop my skills, but also the full understanding of what it's all about, the [tire] technology.

“This is why I feel that today is a perfect example of a win-win situation coming together. There's no question about the validity of having continuity in the tire sector. There's no element of a racecar that's more important than the tires. I think you can fix the aerodynamics, you can fix the suspension technology, so on and so forth, but you cannot afford to have issues with the tires.

“There's no discipline on this planet that's more demanding than Indy cars because of the speeds we're experiencing. Ed [Carpenter] can tell you, when he sat on pole a couple years ago, going into turn one at 235mph, turning left without lifting. I guarantee you when he came back after the four laps he kissed the right front tire! As a driver, you just don't even want to think about that. It's not a given…

“There were some rumblings a couple years ago of another competitor coming in. I started asking the drivers –‘Okay, Dario Franchitti, would you be the one that would actually volunteer to be the first test driver here at Indy for the other brand?’ He says, ‘No way.’

“It's that critical. Now, the proprietary knowledge that Firestone and Bridgestone possess is not something that's just proprietary. Believe me, that's a fact.

“Again, even for me driving the two-seater, with the responsibility that I have, I have no qualms. Anything can happen in this world. You could have a puncture. But as far as the integrity of the tire, of the products, it's something that absolutely there's no question because of a proven record.

“This is the best insurance that the series could have for not having an issue.” 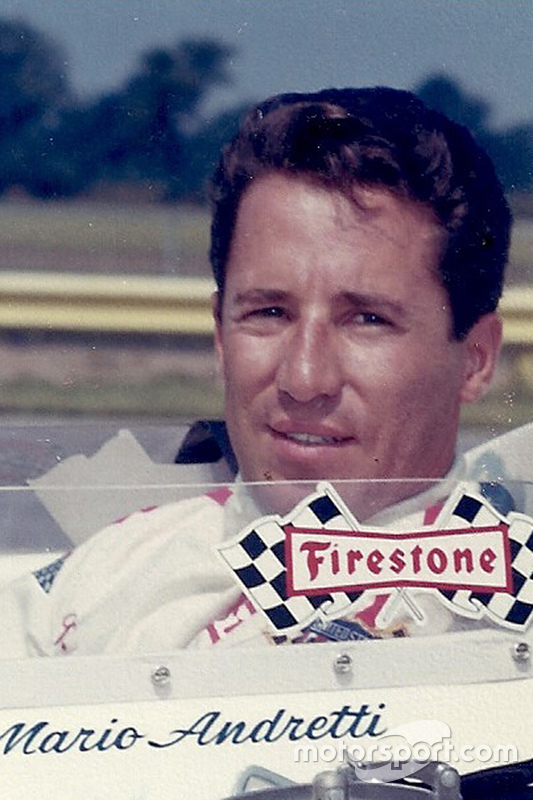 Mario Andretti won the 1965 Indy 500 Rookie of the Year Award for finishing third behind Jimmy Clark and Parnelli Jones.