The six drivers due to fight for the final three slots on the Indy 500 grid got only 20 minutes of practice this morning before rain hit IMS, and Fernando Alonso’s McLaren-Chevrolet had a major setup issue. 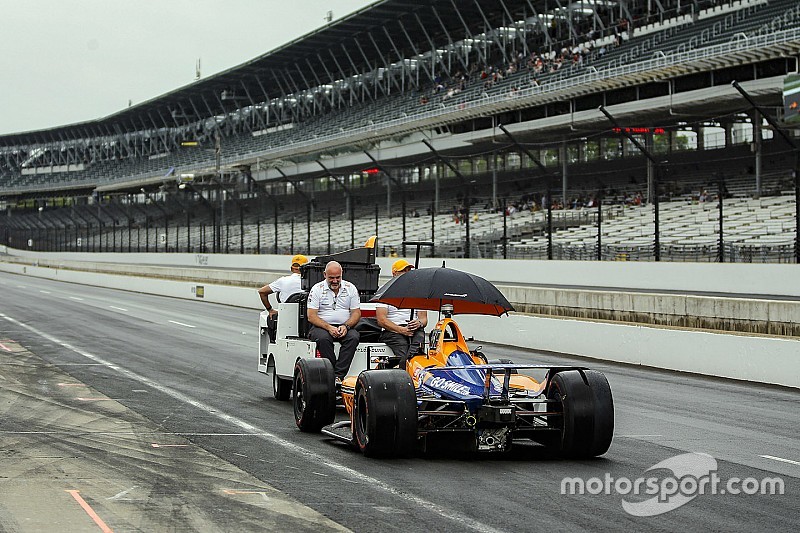 Hinchcliffe in the #5T car, following his shunt in qualifying, completed mock qualification runs alongside Karam in the low-228/high 227 range.

O’Ward was struggling in the 225s, while Chilton’s three laps went from 227.4 down to 226.1 before he pitted due to his engine running too hot.

When Alonso hit the track, the #66 McLaren appeared to be running much too low, striking sparks and smoke, and he was called in for adjustments. He went back out and the friction appeared reduced but not cleared, so again he pitted for adjustments. While remedial work started, the rain started falling hard enough to bring out the yellows and the track was ‘lost’.

Kyle Kaiser in the Juncos Racing-Chevy was a no-show.

The rain had stopped but has now returned, ruining IndyCar’s intention for the Fast Nine contenders to get a 30min practice at 12.45pm local time. However, it has now been clarified that the Last Row contenders will not be granted any more practice time.