Meyer Shank Racing and driver Jack Harvey will be full-time NTT IndyCar Series entrants in 2020, and the Ohio-based team has formed a technical partnership with Andretti Autosport. 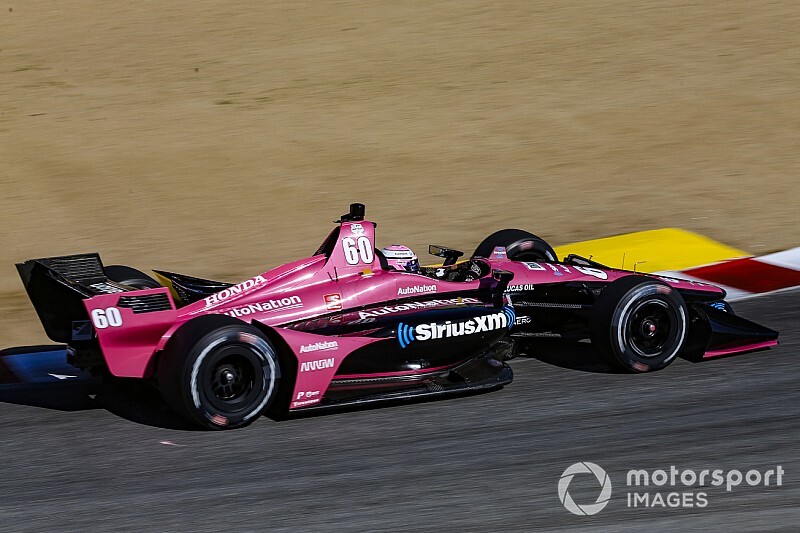 It had long been the intention of Michael Shank and Jim Meyer to enter all IndyCar rounds next season, after gradually increasing its participation from three races in 2017 to six in 2018 and 10 in 2018.

However, after the owners of previous technical partner Arrow Schmidt Peterson Motorsport revealed they would be switching from Honda to Chevrolet power in 2020, MSR was left seeking a new alliance. This NASCAR-style link-up is a business model in which Shank strongly believes and he had whittled his possible partners down to two by season’s end.

Not long into the off-season, Shank and Meyer elected to go with Andretti Autosport, which has just completed a highly successful season operating a satellite team, Harding Steinbrenner Racing.

MSR multi-year arrangement with AutoNation and SiriusXM has also been renewed. AutoNation’s DRV PNK initiative is understood to have raised over $20 million dollars towards cancer research.

“It’s great that we are able to officially announce our full season effort for the 2020 IndyCar season,” said MSR co-owner, Jim Meyer. “This team and Mike (Shank) have worked very hard over the last two IndyCar seasons to put us in a position where we can come back full time. It’s also exciting to have both SiriusXM and AutoNation return on board the No. 60; both have been outstanding parties to work with.”

Harvey, a two-time Indy Lights championship runner-up back in 2014 and ’15, looked increasingly impressive as his race appearances became more regular. His podium finish in this year’s wet IndyCar Grand Prix on the IMS road course was the result of an outstanding drive, but no less memorable was his qualifying fourth at Portland in August.

Describing the news that he is to become an IndyCar full-timer in 2020, Harvey said: “This is the moment that we all work so extremely hard for. I am beyond grateful for this opportunity to go racing with Meyer Shank Racing, AutoNation and SiriusXM full time.

“We have shown we can be competitive, and I can’t wait to build on that and get started on another multi-year program with this group. This is the first time in four years I’ll be competing full time: I owe that to Michael [Shank], Jim [Meyer], Marc [Cannon, AutoNation], my manager Bob Perona and my family for the support and belief. I’ve never been so excited to go racing.”

Said Shank: “These last two years we have been taking the season in stride and really learning how to build our program to the point where we can run all 17 races. This year has been great and Jack has produced some spectacular results for us and we, as a team, are proud to have him back next year.

“And of course, all of this would not be possible without AutoNation and SiriusXM who have worked side by side with us from the very beginning and they are a big factor in getting our program to where it is right now. Of course, sticking by Honda was a very important decision to me. We have stood by HPD and Honda for many years in both the sports car and IndyCar paddocks and to be able to continue to work with them in 2020 is something I am really grateful for.”

Regarding the new technical alliance, Shank added: “We feel very strong about our partnership with Andretti Technologies and feel that will be a mutually beneficial program. Announcing our full season effort is a combination of a ton of work behind the scenes from our sponsors to our individual crew members, and it’s great to finally announce our full season schedule for next year in IndyCar.”

Before hooking up with Schmidt Peterson in the latter half of 2017, MSR’s initial IndyCar race entry was with Michael Andretti’s team in that year’s Indy 500.

Said Harvey: “I’m very excited that MSR is partnering with Andretti Technologies. This group together is really where this journey started. Consistently, they have shown they are one of the best teams and hopefully we can both continue to have strong seasons next year.”