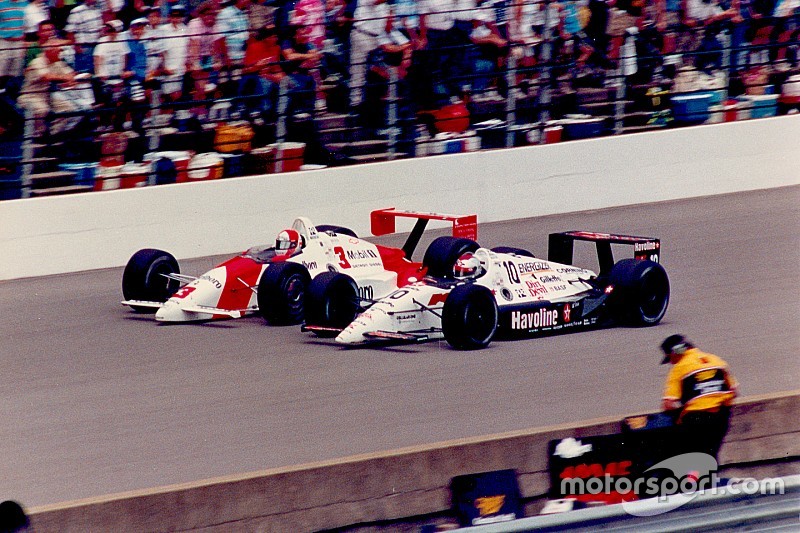 What does an elite sportsman do when the greatest achievement of his career is overshadowed by a near-miss on his sport's biggest stage? He just has to live with it, as Michael Andretti tells David Malsher.

During Long Beach weekend this year, at the Legends night in the Petersen Automotive Museum in Los Angeles, Michael was asked what the Indianapolis 500 means to him. You could imagine an inward wince, before he declared: “If you’re an IndyCar driver it means everything to you. Growing up, it was a big part of my life. I spent many years there at the Speedway. It’s something that every driver wants to compete in. It’s a truly special place. It’s our sacred ground.”

And yet that ground kept shifting for Andretti at precisely the wrong time.

“Indy is frustrating because it was one of my best racetracks,” recalls Michael to Motorsport.com. “More laps led there than Rick…and he won it four times. And then I go to Toronto and win that seven times. Like, what?! No rhyme or reason. Just the way it goes.”

That 1991 miss was cruel for another reason, too. It tends to overshadow the greatest achievement of Andretti's driving career, namely, winning the CART Indy car championship – another accolade he should have won multiple times. 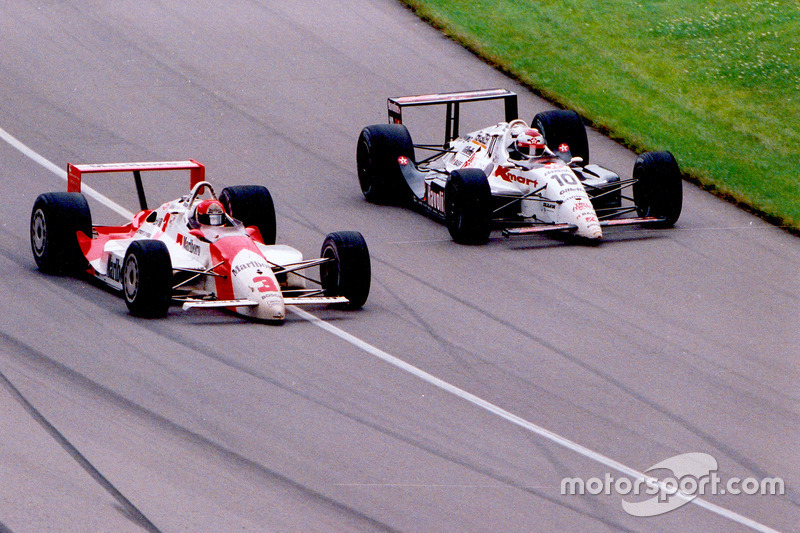 Having made his CART debut at the end of 1983 with Kraco Racing, Andretti finished in the championship Top 10 the next two years, before becoming a winner and a championship contender in ’86 and ’87. The following year was winless and was his last with Kraco before joining his father Mario at Newman/Haas Racing.

With the team expanding from one to two cars and Penske having a better chassis than NHR’s Lolas in 1989, things did not go smoothly at first, yet Michael scored two wins and through consistency finished third in the championship. Then in 1990 he was on song again, although despite leading more laps than anyone, he was beaten to the crown, this time by Al Unser Jr.’s similar Galles-run Lola.

But in 1991, Michael was damn-near unstoppable after a shaky start.

“The year as a whole was awesome,” he recalls, “but what was really interesting was that it started so bad – I was dominating [the opening round] at Surfers Paradise, just cruising, and then a bolt came undone on my brakes and I lost the rears. The only good part about it was that it gave my cousin John the win. Then at Long Beach we were running second behind Little Al, and we got taken out in pitlane [by Emerson Fittipaldi].”

And at Phoenix he finished fourth, but headed to Indianapolis some 34 points off the top of the points table. Yet when Michael took the lead of the 75th Indianapolis 500 on lap 34, he appeared to have the car to beat and led 97 of the 200 laps before missing out to Mears’ high-line high-wire pass.

“It was a really interesting race, because I was coming up to lap Rick at one point,” says Michael, “and right as I was catching him, I started to get a flat tire, so I pitted. That’s what saved him from going a lap down and ending his chances. But that ultimately changed the whole race. He was nowhere all day, but then with a yellow, all of a sudden he was back behind me.

"Once he was by me, I couldn’t even stay in his draft. I was thinking, ‘What in the world? How is this possible?’ I still look back and scratch my head at how Rick found all that speed – a bit like in 2006 with Sam Hornish against Marco.” 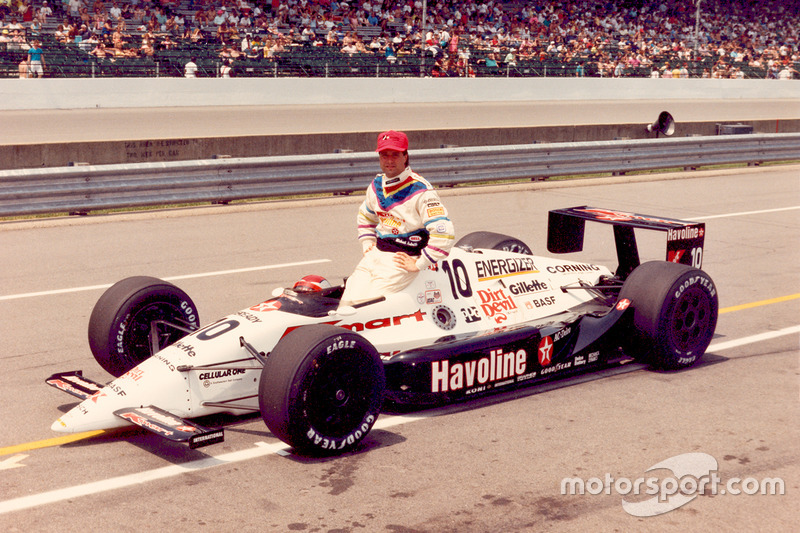 Michael got over the crushing disappointment and scored his first win of the year just a week later, heading an Andretti 1-2-3 at Milwaukee. Seven more wins – from the streets of Toronto and Vancouver, to the natural sweeps of Road America and Laguna Seca – ensured Michael was well clear of his nearest opponents in the final standings. He led just over half of the race laps he completed that year, spending 965 laps in front, when no one else led more than 300. Yet perhaps the most telling stat of all is one that conveys his ability across all types of track; in only one of the 17 races did Andretti not hold the lead at some point.

Remarkably, he found a way to be even more dominant in 1992… and somehow miss out on the title. Having won the title with Chevrolet, team co-owner Carl Haas had switched to the Cosworth XB units, a decision Michael had eagerly embraced ever since he and Mario tested the Cossie at Road America the previous September.

“I was pushing for that change,” confirms Michael. “I remember we’d just won the championship, and while everybody was celebrating, we were sitting in the motorhome planning for the Cosworth already. I was fully focused on that.

“We knew the potential of the motor so I desperately wanted it because basically it gave us everything that we’d had in ’91 but with more horsepower. I just didn’t expect the reliability problems…” 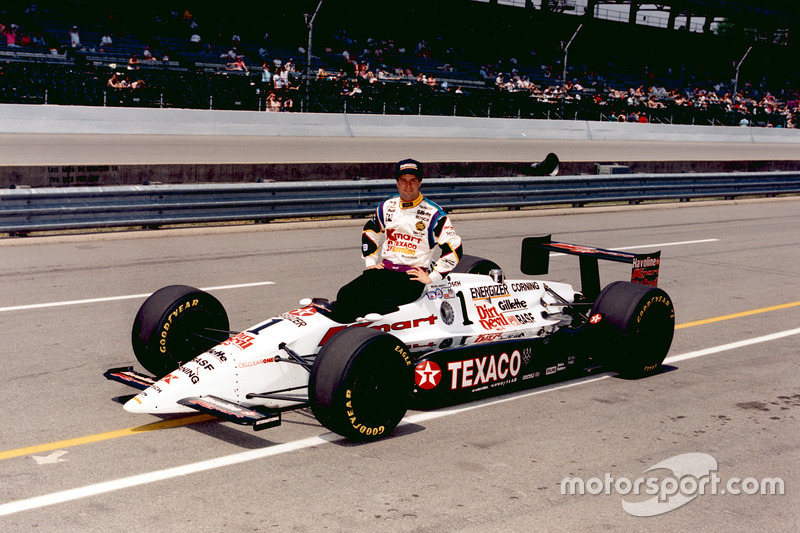 And the most heartbreaking of these, naturally, came at Indy. Andretti was in a class of his own and led 160 of the 200 laps, yet retired with only 13 laps to go when the fuel pressure disappeared.

“That’s the 500 I look back on as the definite one that got away,” sighs Andretti. “That hurts even more than ’91.

“And it’s funny how that ’92 season then looked like it was going to be the same as ’91 – bad start, then missing out at Indy, and then we start winning Milwaukee, Toronto and so on but at the end of the season, it just didn't work out because we'd had too many DNFs."

Engine failures while leading Michigan and Mid-Ohio ended his chances of retaining his Indy car title. Five wins couldn’t make up for five retirements, and he ended the season as championship runner up for the fourth time in six years. The 16 races that comprised the 1992 season added up to 2110 laps, of which Andretti led 54 percent, or 1136 laps. But unfortunately, he completed only 1771 – in other words, he led an astounding 64 percent of the laps he completed. 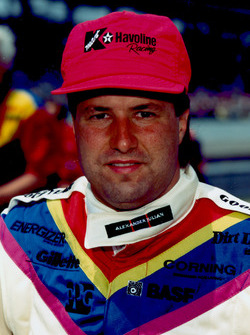 Recalls Andretti, “Still, we knew next year, with the reliability issues fixed, we were gonna win every race. I honestly really feel that. But instead, I went to Formula 1 and left the car for Nigel [Mansell] to benefit from. With what was happening to me over there, and Mansell cruising to the championship, man, that was a frustrating time.

“And he lost the 500. I mean, he did well to be leading but no way would Emerson and [Arie] Luyendyk have passed me on that restart, I can guarantee you! And it was sad for Newman/Haas that they missed out because it was another year where they'd produced a fast car, and had another great chance at winning. With the split [between CART and IRL] a couple years later, it meant Carl [Haas] and Paul [Newman] never went to Victory Lane at Indy, which is pretty sad for them and that team.”

Sad for Michael is that despite his 42 race wins – third in the all-time Indy car history books, behind only A.J. Foyt and Mario Andretti – he is remembered by some as being ‘too fast for his own good.’ Or in less polite terms, too hard on his car. 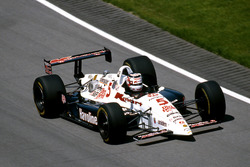 “Yeah, yeah, I know,” he shrugs, “and that’s because Bobby [Rahal] beat me on reliability. All three times he won the championship, I was second, but I don’t remember him actually beating me in any races. Hmm…Maybe one or two. But generally he had more points at the end of the year because he got to the finish more often. People would say, ‘Oh, that’s because Michael pushes too hard, breaks his cars.’ Pfffff, whatever. Like I’m going to push the belt of my motor to break? Come on…

“Then they’d say I take too many risks because they’d see I was hard on the gas straight out of the pits even in practice. I mean, that’s a good thing to do because you learn how your car behaves on cold tires. That means you’re totally on it from the start of a race. I think it was ’92 when I led the first lap in something like 13 of the races, even when I didn’t start on pole.

Same on restarts. I remember being amazed at how slow everybody would be going into Turn 1, all lined up. I’d just flick it to the outside into clean air, get more aero grip and then just drive around them and into the lead. I used to love that.”

By the time he retired, Michael Andretti had finished runner-up in the Indy car championship five times – all of which, one suspects, he would have willingly exchanged for being able to add one Indy 500 win to his Indy car title. Winning as a team owner in 2005 (Dan Wheldon), 2007 (Dario Franchitti) and 2014 (Ryan Hunter-Reay) provided considerable satisfaction.

But maybe Michael’s frustration at his own Indy losses will only truly be calmed if son Marco breaks the Speedway's Andretti curse by winning the 100th Running of the Indy 500. 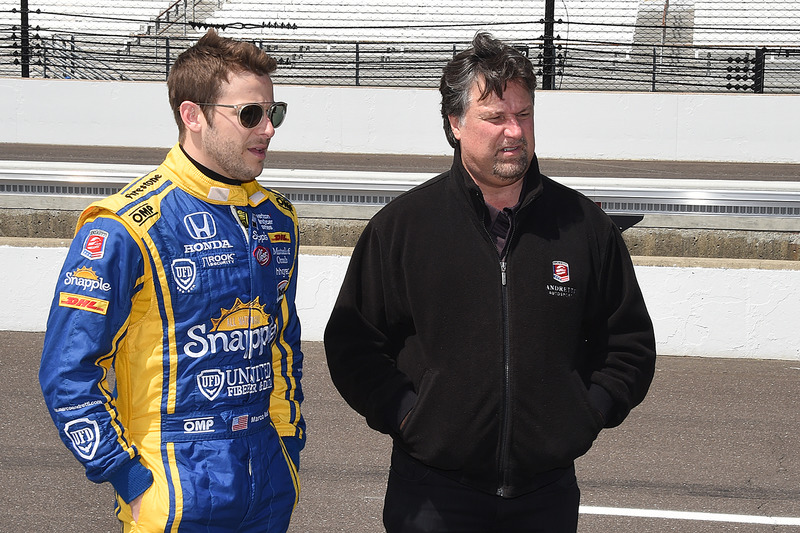