Miles encouraged by Nashville interest in IndyCar for 2019 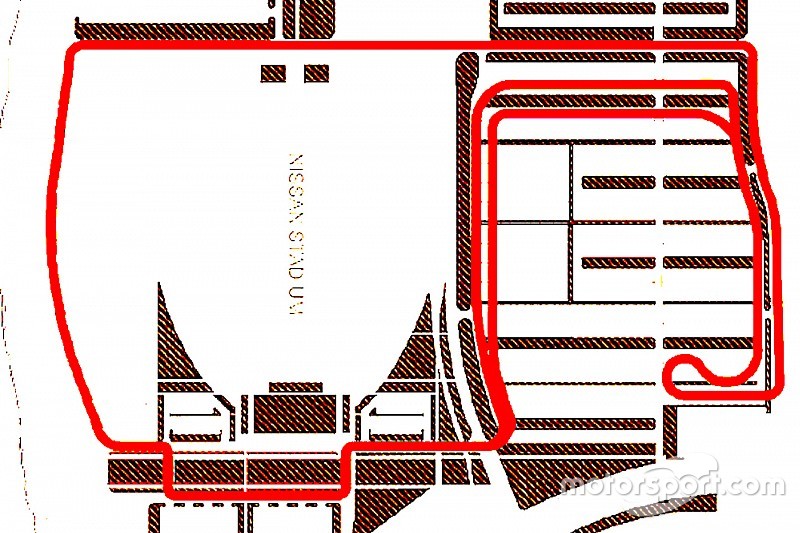 Mark Miles, CEO of Hulman & Company, IndyCar’s parent company, says he’s pleased to hear there is interest in running a street race in Nashville, but that there’s a long way to go before it is more than just a proposal.

The race would use a temporary 1.72-mile street track [see diagram, left], designed by NZR Consulting’s famed track designer Tony Cotman, that would go around the Nissan Stadium, home of NFL team the Tennessee Titans, and would include Interstate Drive.

Miles told Motorsport.com: “We weren’t involved in the process that led to the event proposal being submitted to Mayor Megan Barry’s office, nor have we had direct communication with the people being named as prospective promoters.

“That said, we now look forward to having conversations with city officials and prospective promoters, because Nashville does continue to be an interesting market to us in the right circumstances.”

Mayor Barry was quoted in The Tennessean saying: “Today, the Sports Authority authorized the organizing group behind the Grand Prix of Nashville to move forward with studying the feasibility of bringing this event to our city. This could be an exciting opportunity so long as it can be done in a way that fits the community and minimizes any negative impact on residents, workers, and visitors in the area."

Mattioli said he's not looking for city funding for the project and that even so he was positive of raising $2.5 million which he’s seeking in initial funding.

He said: "When we demonstrate that we can raise $2.5 million, either in letters of credit, in sponsorships, etc, that's really the trigger to sit down and start the negotiations. Based on conversations, we think we're very close to having that."

Cotman himself also sounded positive, albeit with the caveat that promoting the race isn’t his job.

He told Motorsport.com: “The promoters asked me to design them a FIA Grade 2 track and that’s what I did. Like all street races, it was designed around a set of constraints. There was a lot of construction going on, and there are roads you can’t close, because it’s so close to downtown. But that means it has good access from downtown. I like it.

“I designed it some time ago and I believe the city has spent a long time getting it approved and the last one was the Metro Sports Authority. That was a public hearing so that’s what’s put it in the public domain.

“It’s obviously not my job to check this out, but I think absolutely there’s a market in Nashville. Like I said, getting there is easy, there’s lots of decent hotels in the area, and I’m sure the promoters have done their research.”

Miles emphasized again that IndyCar is not necessarily going to have additional venues on its 2018 schedule, despite dialogue continuing for possible races on a new permanent road course in China and also on the oval in Puebla, Mexico.

He said: “There are some who want an additional race or two, max, and we’ve talked before about several venues – China, Puebla, Portland, Calgary… And so yes, you can add Nashville to that list.

“But we’re not looking to add races just to add races. We want a calendar that puts us in good markets and produces really robust events. And we’re also aware that every additional race costs the teams money – we’re never going to forget that.

Asked whether he would be fine with IndyCar’s 2018 schedule largely replicating this year’s one, he said: “That wouldn’t bother me at all, no.

“We’d love to open it up a little to have fewer back-to-back race weekends, without causing the promoter any problems and without causing any television broadcast issues. Easter, The Masters [golf] and any other local concerns in the markets makes it tricky, but we’re looking at how we might do that."