Sebring was reasonably unsuccessful for Team Penske, as they get Montoya back up to speed in the open wheel ranks.

Roger Penske spoke glowingly in Charlotte about his stellar IndyCar Series driver line-up for the new season. Although always strong, it got even stronger with the addition of Juan Pablo Montoya to the fold, joining Will Power and Helio Castroneves, as Team Penske makes a run for wins, championships and another victory in the biggest race of them all, Indianapolis 500.

About Montoya, Penske said, “We want to see Juan win some races and he wants to win the championship. He’s really motivated, and he feels he has something to prove. To me, he’s done well in tests and he’s gotten comfortable in the car, and now it is up to us to give him the tools he needs, and to be sure he understands how competitive it is out there.”

The famed team owner made these comments during the NASCAR Sprint Media Tour hosted by the Charlotte Motor Speedway.

Concerning the IndyCar Series, Penske believes in Mark Miles, the CEO of the series. “Mark understands the business side of it, and he’s brought in people that should add stability and take steps to make the cars better. The racing was terrific last year, but we didn’t get the marks (ratings) we should have. If we can get the TV package more robust, I think we will see some changes. Overall, I am confident that we are going to have a good season, and we are going back to tracks where we’ve raced before.” 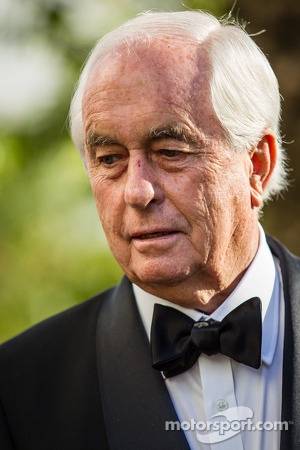 Penske believes that anything IndyCar can do to create more excitement is positive, including the idea of having the traditional pole day move from Saturday to Sunday. “Whatever we can do to bring more fans to the sport is going to be important; the more fans we can attract to the Indianapolis Motor Speedway is good,” he stated. “We need to create more fans if we are going to make the series successful.”

Managing superstar athletes can be challenging but the Penske organization has the experience to do so. “Helio (Castroneves) and Will (Power) we know well and these two are willing to learn from Montoya,” Penske stated. “We just had to get Montoya out of the jeans and into the (Penske) black pants and other than that, it should be easy to work with him.”

With Castroneves coming so close on winning a championship, Penske said that his team has to give him a dependable car. “For the last three years, we have had a 25-point lead, but we haven’t been able to close it. Chip Ganassi (team) has done a better job at the end, and his drivers have been very consistent.”

Tim Cindric, president of Team Penske, was also on hand. He came here after attending an IndyCar owner’s meeting in St. Petersburg. He said he was impressed with the outcome and the renewed enthusiasm of the new executives, to include C. J. O’Donnell, Jay Frye and Derrick Walker

As expected, Cindric managed the recent Team Penske IndyCar test at Sebring and although the team came with a plan, he admitted it didn’t work out too well. “There were 11 cars and we were toward the bottom of the list, including the new guy (Montoya),” he said. “And it shows we have more work to do, although Juan was faster than the time showed. He knows he needs to pick up the pace.

His time-off is working against him, and the braking is so much more than he is used to. It is the commitment and the balance between working up to it and being fully committed.”

Cindric said it is fun to watch Montoya come around. “When you see someone that has accomplished so much, it is like his first big ride when you talk with him,” he said.

Montoya, Castroneves and Power traveled to Italy this week to spend time in a simulator, and the exercise turned out to be a learning experience for all. “It is so new it was more exploratory for us and more of a get acquainted operation.

More testing is scheduled between now and the season opener in St. Petersburg in late March, so Team Penske has more than enough time to refine the product.