Montoya in no hurry to decide future 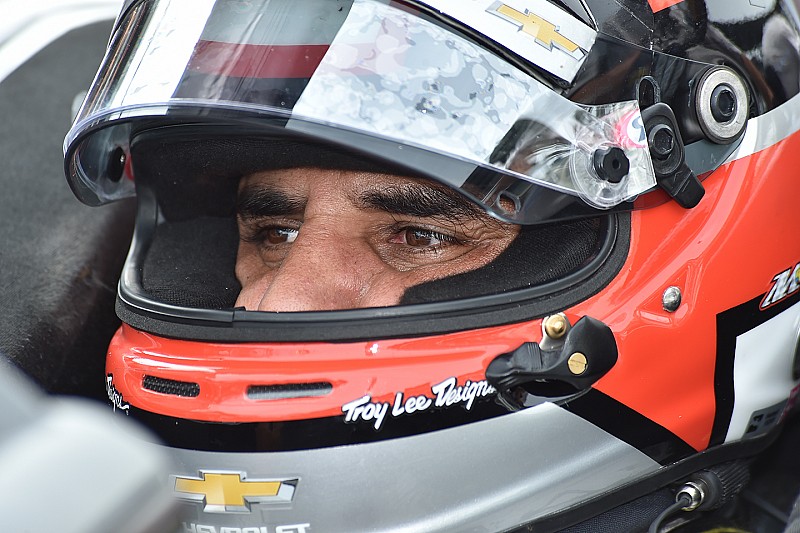 Juan Pablo Montoya says he’s not in any rush to make a decision regarding his 2017 plans, as he is courted by several IndyCar teams and has at least one sportscar option.

The former CART Indy car champion and two-time Indy 500 winner has been released by Team Penske, which has replaced him with Josef Newgarden for 2017.

Consequently there has been a substantial stir around him as he considers his options for next year. In IndyCar these are believed to consist of Chip Ganassi Racing, Ed Carpenter Racing, KV Racing and AJ Foyt Racing.

There is also, as Penske Racing president Tim Cindric confirmed today, an option for Montoya to stay at Penske to test and then race the team’s forthcoming Prototype sportscar in IMSA, as well as race a fifth Penske-Chevrolet entry in the Indianapolis 500. According to Cindric, however, Montoya has shown reluctance for that idea because he wants at least one more full season in the series.

Asked if he could confirm that was the case, Montoya told Motorsport.com, “I’m just trying to decide what’s best for me.

“I’m not rushing on a decision, to be honest. I have talked to a lot of people and I’m looking for what I think would be the best opportunity.”

Asked if he would prefer a Chevrolet-powered team over a Honda one, the 15-time Indy car race winner declined to comment.

Although Montoya also tested a World Endurance Championship Porsche LMP1 car last winter, a full WEC campaign is thought unlikely, because of his desire for another full season in IndyCar.

However remaining in IndyCar would not preclude Montoya from racing in the 24 Hours of Le Mans. As was also the case this year, the 2017 IndyCar schedule has no clashing event on the same weekend as the enduro classic. And as the Ganassi team proved, even if there's a substantial rain delay at Texas Motor Speedway’s Firestone 600 – held on the same weekend as Le Mans qualifying – it is still possible to get drivers from Fort Worth to Le Mans in time to be eligible to race.

Newgarden: “You feel pressure wherever you are”

Ganassi switches to Honda power for 2017