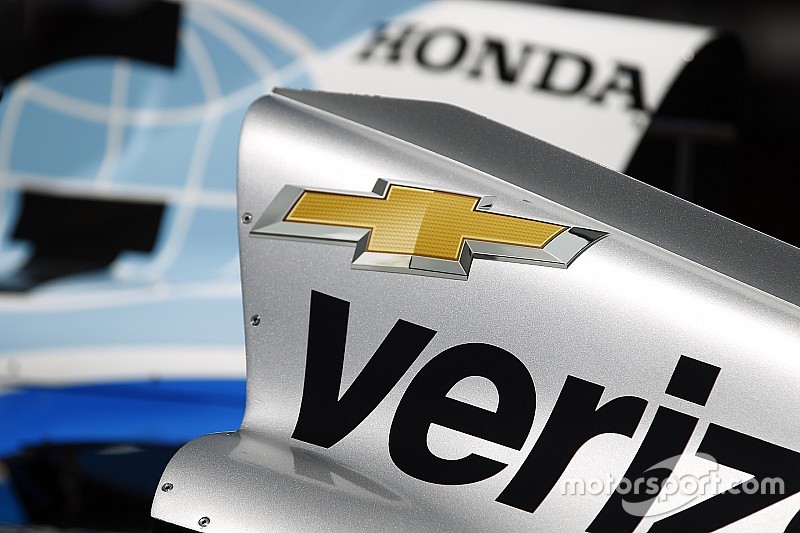 IndyCar president Jay Frye admits that delaying the introduction of the 2.4-liter engines will be considered if the series believes it will help entice another engine manufacturer.

The current plan is for the NTT IndyCar Series to replace its current 2.2-liter twin-turbo V6s with the new 2.4-liter engines for the 2021 season, and then race the next-generation Dallara in 2022.

However, with the current plan being for Chevrolet/Ilmor and Honda Performance Development to start track testing their 2.4-liter engines by the middle of 2020, any manufacturer committing to the series in time for the start of the new regulations would need to commit within the next three months. Should that not be feasible but a new OEM could commit for 2022, Frye says that he, along with Honda and Chevrolet, would consider pushing back the new engine regs another year.

“Right now everything is full speed ahead [for 2021],” Frye responded to Motorsport.com’s inquiry. “But again, it depends on the timing of all this stuff.

“The 2.4 – we're confident in everything we've got organized with that. Again, that was with the partnership of Chevrolet and Honda that we came up with that platform. Right now, it's 2021 through '26. It can move, I guess, still.

“Part of that will be the next OEM partner, what their input would be or how they would want to go about it. Obviously, Chevrolet and Honda are very keen to have another one come in, so if another one came in and it was a delay or some sort of different situation, anything like that could be possible.”

Chevrolet’s and Honda’s long-expressed desire to see a third engine manufacturer in IndyCar is because the field is expanding and therefore the burden of producing and servicing the units is increasing. Therefore, both the current suppliers are likely to acquiesce to a delay of the 2.4-liter engines if the medium-term gain is ultimately a reduction in outlay.

Asked how imminent the announcement of a third OEM in IndyCar may be, Frye replied: “It's something that there's a lot of enthusiasm about, we talk to lots of them every day. A lot of what's going on with it is timing, right, because it's a huge commitment.

“They have to build engines. The ones that we're currently talking to want to build their own engines, so that's a key indicator when you talk to somebody about their commitment. It's just really a timing thing at this point. So we're sorting through that.

“We've got two great partners right now with Honda and Chevrolet and we're very fortunate for that and very proud of that. Part of what's going on is you talk about the five-year plan and the fields are getting bigger and the teams are coming in, at some point it's not going to be a luxury, it's going to become a necessity as we grow.

“We're not quite to that point yet, but we're getting close, so we're looking forward to who's next.”

Cosworth co-owner Kevin Kalkhoven last month confirmed to Motorsport.com that his company currently has no plans to build an IndyCar engine.