Newgarden looking to bounce back in Belle Isle 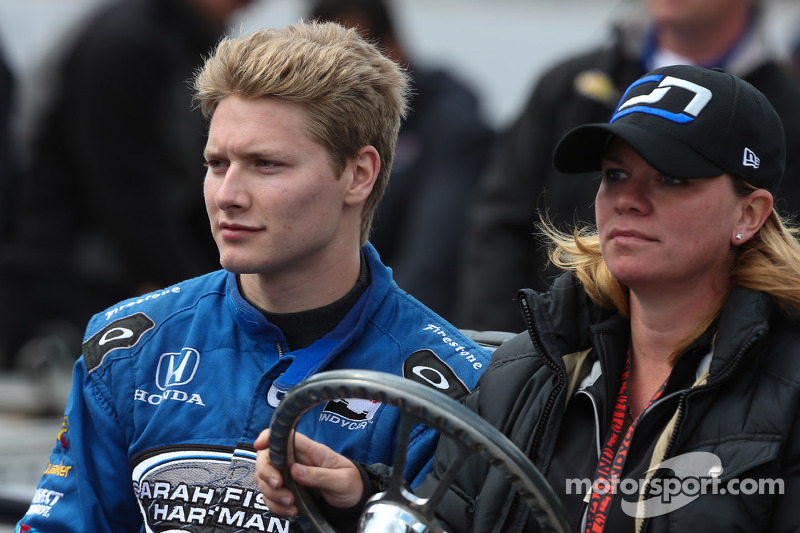 Josef Newgarden is more than ready to get back behind the wheel of his Indy car after he was hit from behind under caution in the Indianapolis 500 and eliminated from the race.

INDIANAPOLIS (May 28, 2014) -Sarah Fisher Hartman Racing (SFHR) driver Newgarden is spending just four days outside of the No. 67 SFHR Dallara/Honda/Firestone car before practice kicks off Friday, May 30 for the Indy Dual in Detroit on the Belle Isle street circuit.

"I'm excited for a normal race weekend at Detroit, and I think everyone at SFHR is excited to get back going," Newgarden said. "Indy was tough for everyone. We had a really strong car and things didn't go our way, so we want to go to Detroit quickly and run up front again and get a good result."

"I think we've made good progress from 2013," Newgarden said. "We were all right there last year. We secured a good top 10, but we need to have an even better performance this year. We are looking for podiums. We've done a lot of work on our car in the offseason. It's going to be very different for us this year."

The first of three doubleheader race weekends of the Verizon IndyCar Series season produces double the challenge and twice the fun for Newgarden, 23.

"Two races means double points, so you really want to capitalize on the extra points up for grabs," Newgarden said. "One race is fun, but two races is more fun. It reminds me of when I used to drive two races on weekends in junior cars. It's nice to have two opportunities in one weekend.

"Trying to keep the car rolling and in one piece for both days is the part that makes it difficult on drivers, but honestly, it's more challenging on the teams and crews."

After five Verizon IndyCar Series races in 2014, Newgarden has shown he can consistently qualify and run up front. Newgarden and SFHR seek to capitalize on their success, as misfortunate accidents have placed the team 14th in championship points.

"There's been a lot of good progress in a lot of areas for our team," Newgarden said. "We've definitely made big strides each race weekend. We just have to put it all together. That's the name of the game for us right now."