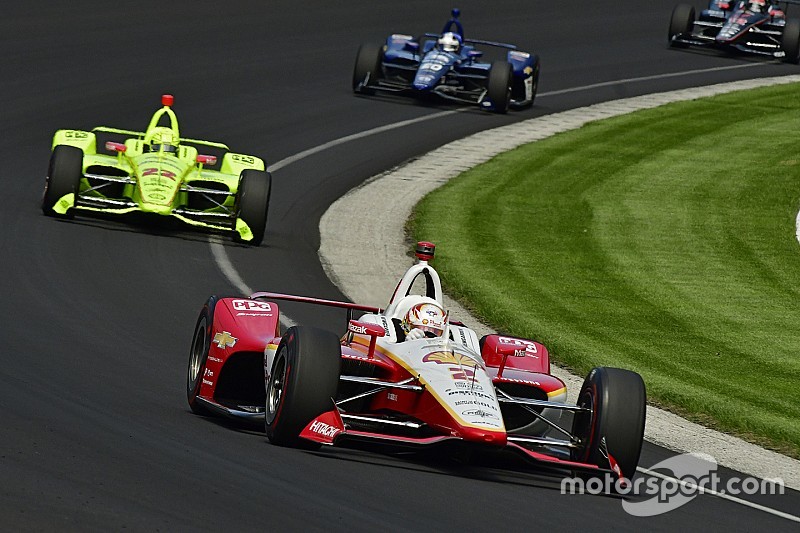 The 2017 IndyCar Series champion Josef Newgarden put Team Penske-Chevrolet top of the speed charts in practice for the 103rd Running of the Indianapolis 500 presented by Gainbridge.

Spencer Pigot led the usual Ed Carpenter Racing charge with third fastest while teammates Ed Jones and Carpenter himself were ninth and tenth.

In the no-tow speeds – speeds set without the aid of a draft from a car or cars ahead, Andretti’s Alexander Rossi led the rankings on 224.648mph, with AJ Foyt Racing’s Tony Kanaan second fastest. Jones and Kimball were third and fourth.

Patricio O’Ward, who suffered a mechanical issue in his Carlin car yesterday, breezed through all three phases of his Rookie Orientation practice this morning before the track opened. The Mexican rookie went on to finish the day 22nd, and 13th in the no-tow speeds.

Shank eager to stay with Arrow SPM, go full-time for 2020