Newgarden feels redemption after anger of night before 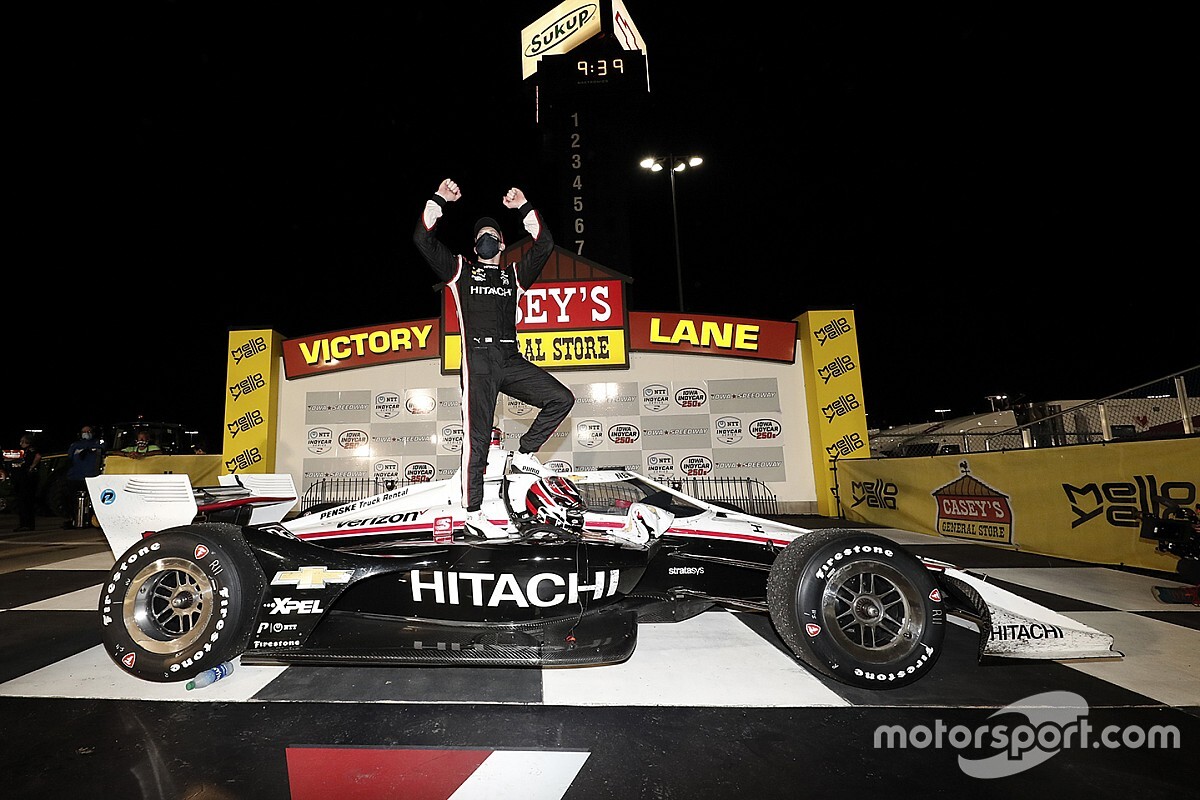 Josef Newgarden, the NTT IndyCar Series’ master of Iowa Speedway, said his third victory in five races at the 0.894-mile oval helped calm him after his poor luck in the previous night’s race.

Newgarden appeared to have the fastest car in Friday’s first of IndyCar’s Iowa 250-lap races, but got dumped down the order by a badly-timed caution at mid-distance. Even in the final stint, to avoid having to make a final stop, he was on fuel-save mode and couldn’t show the car to full advantage, and came home a gutted fifth.

However, in Saturday’s second race, he led from pole and aside from falling behind during some off-strategy tactics from rival teams, he was the dominant leader in clean air and able to stay just clear of opponents like teammate Will Power and Arrow McLaren SP’s Pato O’Ward whenever slowed by traffic.

After leading 214 of the 250 laps to score his first win of the year, the two-time series champion told NBCSN: “This feels really good. I don’t know what we have to keep the bad luck off us, but hopefully this is the start.

“Our guys did an amazing job yesterday and I was so disappointed for them, angered for them, because we had a winning car, they put in the work, and they weren’t able to get the reward for it.

“So I was determined coming back today to have a really good race. We ran hard all day, so pleased to be powered by Chevrolet. I felt like we had the package – the fuel mileage, the power…”

After thanking title sponsor Hitachi and the shop-based Penske staff, he added: “I’m just thrilled to be getting this monkey off our back.”

Newgarden became the first driver in 15 IndyCar races at Iowa Speedway to win from pole position, and said he was confident beforehand that he could convert a pole into a victory.

“I heard that stat… I knew we had the speed and felt totally confident. You know, when Tim [Cindric, team president] is on my stand and my guys are doing pitstops, I have complete confidence that we can win any race that we go into. So that stat wasn’t bugging me.”