Penske confirms Indy 500 winner Pagenaud will stay on in 2020 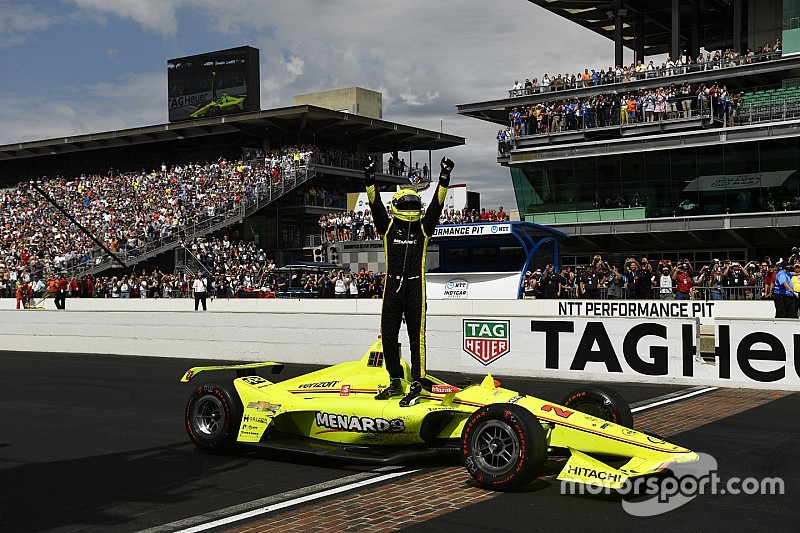 Roger Penske has confirmed publicly that his latest Indy 500 winner Simon Pagenaud will remain on the team in 2020 – and that he got a call from President Trump while in Victory Lane.

Pagenaud, who won the 2016 IndyCar Series title in 2016, his second year with the team, went winless 2018, but emphatically rebounded this May with victory in the wet IndyCar Grand Prix on the IMS road course and today’s win in the Indy 500. It’s the second consecutive year that a Penske driver has swept the Month of May, Will Power having achieved the feat in 2018.

Pagenaud’s victories have ended the speculation that team owner Roger Penske would replace him with Alexander Rossi – the man who Pagenaud defeated this afternoon – from 2020, but The Captain pointed out that he had never publicly said such a thing.

“I don't think that I said anything to the media about Simon,” said the legendary team owner after scoring his 18th Indy win on the 50th anniversary of his squad’s first-ever 500 triumph. “He's on our team. He's one of our drivers. You've seen that. That was scuttlebutt. I think that's a good word for it.

“What he did this month… certainly he achieved records in his own personal life and certainly what he had expected to, and the run today, it's a history book run… he did a great job.”

Asked to confirm that meant the 35-year-old would definitely be remaining with the team for 2020, Penske replied: “What do you think? Do you want to answer that question for me? Absolutely.”

‘The Captain’ also said that he received a congratulatory phone call from the President in the post-race celebrations.

“I got a call from the President as we were in the winner's circle,” said Penske. “We had been down there with Joey [Logano, in recognition of his NASCAR Cup championship last year] and he congratulated me. He said, ‘I must have been your good-luck charm.’ He was in Japan. Simon had a chance to talk to him, so hopefully he'll be invited to the White House.”

“The last couple of years, somebody passes you and it would be over,” he said. “Happened to Helio a couple times, but that fight at the end, you knew we were building up to something with 15 laps and they take the cars that are not on the lead lap and put them in the back. It really sets up for an amazing run and good clean racing.

“You see how close it was. One more lap, it could have gone the other way. To Kyle Moyer, Kyle is the man that ran that pit and Ben (Bretzman) the engineer, they're the ones that deserve the credit. We come here with four cars, we're all on a particular car and these guys were the winners today.

“I didn't know if we were going to win. I didn't know until the car came off the fourth corner. I was watching it on a monitor just like everybody else was. But I felt the fact that [Rossi] couldn't get by with about two laps to go down into 1. It seemed like he pulled out a little bit there in the draft, and I think the tires were getting [worn] after being in the dirty air, and I think then I saw that we had it.

“But going down the back straightaway, he came up on him, and the good news is that the start-finish line isn't down in Turn 1, or it might have been a different story.” 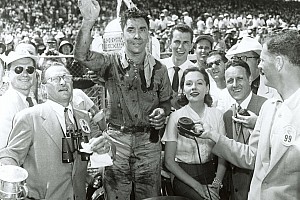 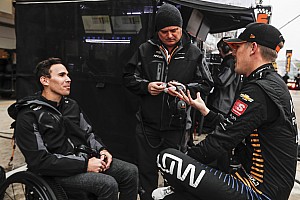