Palou: IndyCar ride “a dream” for the last two years

Alex Palou, who has replaced Sebastien Bourdais in the Dale Coyne Racing team for 2020, says that making the move from Super Formula to the NTT IndyCar Series was “a dream and a goal to fulill.” 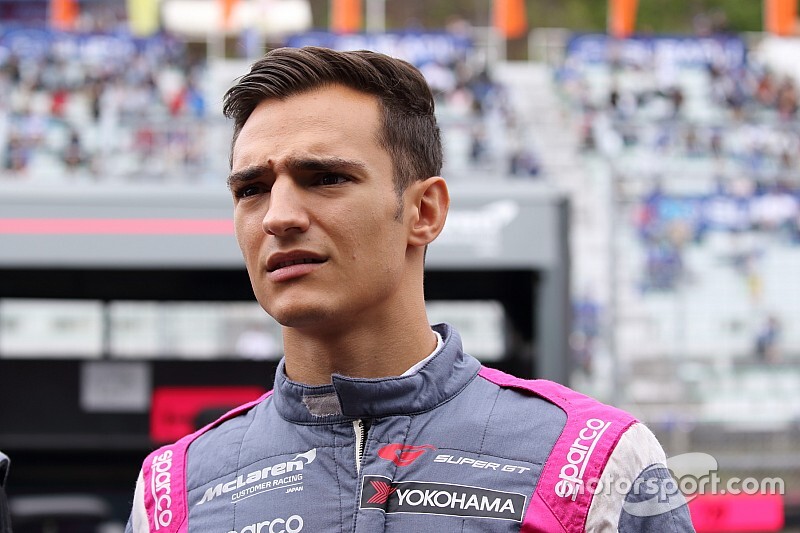 Palou tested very impressively for DCR at Mid-Ohio in July, but team owner Dale Coyne admitted to Motorsport.com earlier this month that he was worried Honda would decide to keep the 22-year-old Spaniard in Super Formula, in which he finished third in the championship in his rookie season.

However, yesterday it was confirmed that Palou would be joining IndyCar for the full 17-race season, in a car entered by “Dale Coyne Racing with Team Goh.”

Speaking to Motorsport.com about landing the ride, Palou said: “Everything comes obviously after the test, which was super good. Everyone was super happy – the team, I, Honda and from there we went to work to see if there was a possibility of doing IndyCar in 2020.

“At first it seemed that yes, then no… We kept working but it seemed we were running out of choice.

“Then the Bourdais thing happened with the team and we went to work to the fullest, 100 percent, to be able to be there. In the end we have achieved it; it has been thanks to the fact that everyone has put a little of their part, from the team, Honda and Team Goh, with whom I was in Super GT, which will continue to support us. It's very cool because they already had a relationship with Coyne and it's cool that they come back together and support me.

“I am super happy because it is something that I had as a dream and goal to fulfill and I kept thinking about it for the last two years. All that was in my head was to win every possible race to one day get there. Now we are here and I only think of trying my best, which is a big step, not like from Europe to Japan, this is another level, much more complete, with very different teams and very different races. The ovals are going to be an experience that I'm dying to try.”

Palou also dismissed the notion of racing both in IndyCar and in Super Formula, saying: “It is impossible because it always coincides. Although not many races, there are many tests and cannot be combined. I will only do Indy and will live in the US.”

Palou, who scored a win, three poles and rookie of the year honors in his first Super Formula season said he was aiming to beat his fellow newcomers in IndyCar, too, while admitting his overall targets were harder to set.

“The goal is very difficult to say now that we have not done a test against all teams,” he commented. “But the first thing is to be rookie of the year, both in the championship and in the Indy 500 – that is something that I have in mind because it has a lot of value there.

“I see it as possible, although it will be a challenge with the other rookies there are. It will be hard, but if we work and everything works well, we can stand out in a race and convince the Americans to remain there as many years as possible and with competitive cars.”

Palou feels “super lucky” to be with “incredible” Ganassi team