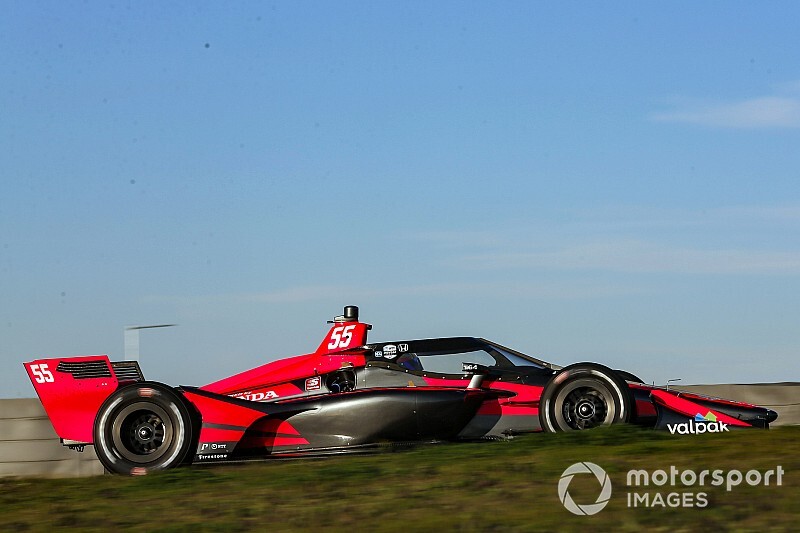 Alex Palou, Dale Coyne Racing with Team Goh’s rookie in the 2020 NTT IndyCar Series, says that he’s ready to fight for Rookie of the Year honors despite his limited testing.

The 22-year-old Spaniard, who startled the Super Formula establishment last year by not only taking Rookie of the Year honors but fighting for the overall title, turned 60 laps at Circuit of The Americas in NTT IndyCar Series Spring Training, and then 121 laps of Sebring International Raceway’s short course on Tuesday this week. In between, he also completed his oval rookie test at Texas Motor Speedway.

Palou’s only previous experience of an IndyCar had been a test at Mid-Ohio last July, (driving a pre-aeroscreen car) during which he so impressed Dale Coyne that the team owner immediately started to investigate the possibilities of bringing Palou over from Japan to the USA.

“We had not tested the car with the aeroscreen until then and we had to try many things for the team and for me, to understand the car again,” Palou told Motorsport.com. “I did a test last year, but it was in summer, on another circuit, with a lot of heat... very different conditions. I hardly remembered driving the IndyCar.

“[At COTA] we adapted super-fast and the car was going super-well. Then we had problems with red flags and being in the top 10 is already very good so we left very happy. I was very comfortable with both the car and the team.

“From COTA we went to Texas [Motor Speedway]. It was my first time in an oval and it was amazing, I had a great time. It was more crazy than I thought and I was more impressed than I thought.

“But it was a lot of fun, because the driver is doing a lot of things in the car, even if it doesn't seem like it: changing the height of the car through the suspension with the weight distribution… I learned a lot."

“There are many things to learn… both for [the team] with the car with the aeroscreen and for me, what is IndyCar. Each championship works differently – the tires are different, the strategies, how a session is planned… But that is what a rookie year is for.

“We have many races and I will take the opportunity to soak up the maximum information to be prepared. I think I'll be 100 percent ready because of how COTA went. I think I'm up to it.”

Despite facing up to Indy Lights graduates Oliver Askew (2019 champion) and Rinus VeeKay (runner-up) who have experience of almost all the tracks on the 2020 IndyCar schedule, Palou said he is optimistic he can take them on to fight for Rookie of the Year honors.

It’s a view shared by current IndyCar champion Josef Newgarden, who has tipped Palou to prevail.

"It's good that they see you can fight to be the best rookie of the year, which is super valued here,” said Palou, who was leading the Super Formula finale in Suzuka last October and seemingly heading for the title until his car suffered mechanical damage. “It is the first objective – to fight for [Rookie of the Year] both in the Indy 500 and in IndyCar Series.

“I will go for everything, I will work. It will be hard, but the car we have is competitive, it is capable of achieving great results and what you have to do is always get 100 percent from it.

"The best thing about IndyCar is the cars are very similar. As always, there are differences between teams, but I think the driver can be a plus and always fight in the top 10 or top eight, which is the goal. If we are always there, it will mean that in some races we are ready to fight for podiums and hopefully a victory.

“As the championship is so long, there are many possibilities to do well and we must do so to have everyone happy and let me be in America – the more years the better!"

Now with more experience of IndyCar, Palou was able to go into more detail about the appeal of U.S. open-wheel racing’s top category than in Motorsport.com’s previous interview.

“IndyCar is ‘old style’ – a car with a lot of power, a lot of weight, without power steering and the driver has to drive it,” he commented. “That is why on the onboards, it is seen that the driver always goes to the limit and that the car does not stop moving.

“I like it a lot because when a car has lot of downforce with power steering [as per Super Formula], the driver cannot force it much because you start to go slow and the car ignores you. On the other hand, the IndyCar can be forced a lot. It will move a lot, but it is quite predictable and you go faster. The driver has much more to contribute than in other categories.

“Super Formula is the fastest after F1, but that does not mean it is the most fun. IndyCar is a lot more fun for a driver… It is more entertaining and the competitiveness of the championship is incredible with the variety of circuits. It will be a super fun year.”