A Texan and a Japanese: Two kindle spirits with one desire

A good partnership is a collaboration of two individual strengths into a whole that is greater than the sum of its parts.

That would be a good analogy for the relationship grizzled IndyCar veteran and owner A J Foyt has fused with his ex-F1 hotshot Takuma Sato in the ABC Building Supplies car.

Sato said earlier this year in testing that his speedy adaptation to the Texas legend's racing team had been facilitated by the Japanese native's innate ability behind the wheel of the car and that the hard-to-please Foyt was now "all smiles" around the pit lane.

That's a remarkable turn-around from the A J of the past, who has changed drivers almost at will when things weren't going well at the racetrack.

Has he mellowed with age? Or is the four-time Indy 500 winner and Speedway god simply getting what he wants with more regularity now? 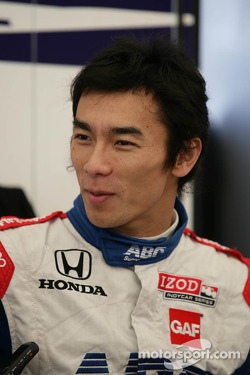 Consider this weekend's results: Sato put the Foyt car on the front row in qualifying and went on to an eighth-place finish in the Grand Prix of St Petersburg, which doesn't sound so great until you acknowledge that the Honda's power is clearly down to the Chevy engine.

Looking at it from this perspective, Sato put AJ's car second among Honda-powered cars; trailing only Scott Dixon at IndyCar super-power Ganassi Racing on the scoring pylon at race's end.

When was the last time we saw this kind of performance in relation to other teams from Foyt Racing? It's been quite a while.

The building blocks of the collaboration have been speed and results on the track, but there's another aspect of the Japanese/American team going on here. Sato is reported to have convinced AJ to try the ancient oriental technique of acupuncture for his many aches and pains accumulated over a lifetime of auto racing.

The testament worked for Foyt and now he's a believer in the mystical power of the Orient.

That's quite an accomplishment for anyone, making the hard-scrabble and tough-as-nails A J Foyt a willing participant in alternative medical technique.