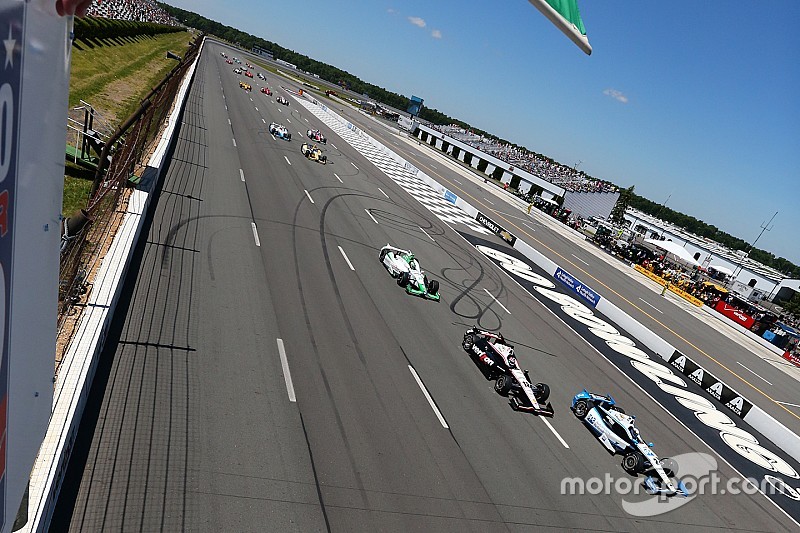 Roger Penske and Marco Andretti have reacted positively to the news that Pocono Raceway has extended its contract with the Verizon IndyCar Series for a further two years.

Pocono Raceway president and CEO Brandon Igdalsky today announced IndyCar will revisit ‘The Tricky Triangle’ in 2017 and 2018, which will be the series’ seventh consecutive visit.

Pocono Raceway held its first Indy car race in 1971, and continued to host USAC and then CART until 1989. However, the venue disappeared from the schedule until 2013. IndyCar’s last three races have been won by the series’ so-called Big Three teams – 2013 Chip Ganassi Racing (Scott Dixon), 2014 Team Penske (Juan Montoya) and 2015 Andretti Autosport (Ryan Hunter-Reay).

Said Roger Penske: “Pocono has been a terrific track for IndyCar racing and I think the teams, the sponsors and the fans have really enjoyed an entertaining show there since the series returned a few years ago. Team Penske has certainly produced some special moments at Pocono and we are looking forward to creating some more memories at the track in the future.”

Added Marco Andretti, who took pole at Pocono in 2013: “It’s my home track so selfishly this is great news. There is a great long history of racing here at Pocono Raceway and I’m excited we’ll continue to come back.

“I think our cars were made for this track. Trying to find the balance between Turn 1 and Turn 3 will be a tremendous challenge.”

This year’s ABC Supply 500 from Pocono is scheduled for August 21.

Said Igdalsky: “Our track was originally designed for open-wheel cars and our fans really enjoy the action on the track. When you see these cars going six- and seven-wide it is incredible. We also received positive feedback from teams and drivers and worked together with IndyCar to make sure Pocono Raceway stays on the schedule. ”

He added: “It's very clear that Pocono is one of the favorites amongst the drivers, teams and fans of the Verizon IndyCar Series and we look forward to competing there for the foreseeable future.”

IndyCar silly season: Who's going where in 2017?