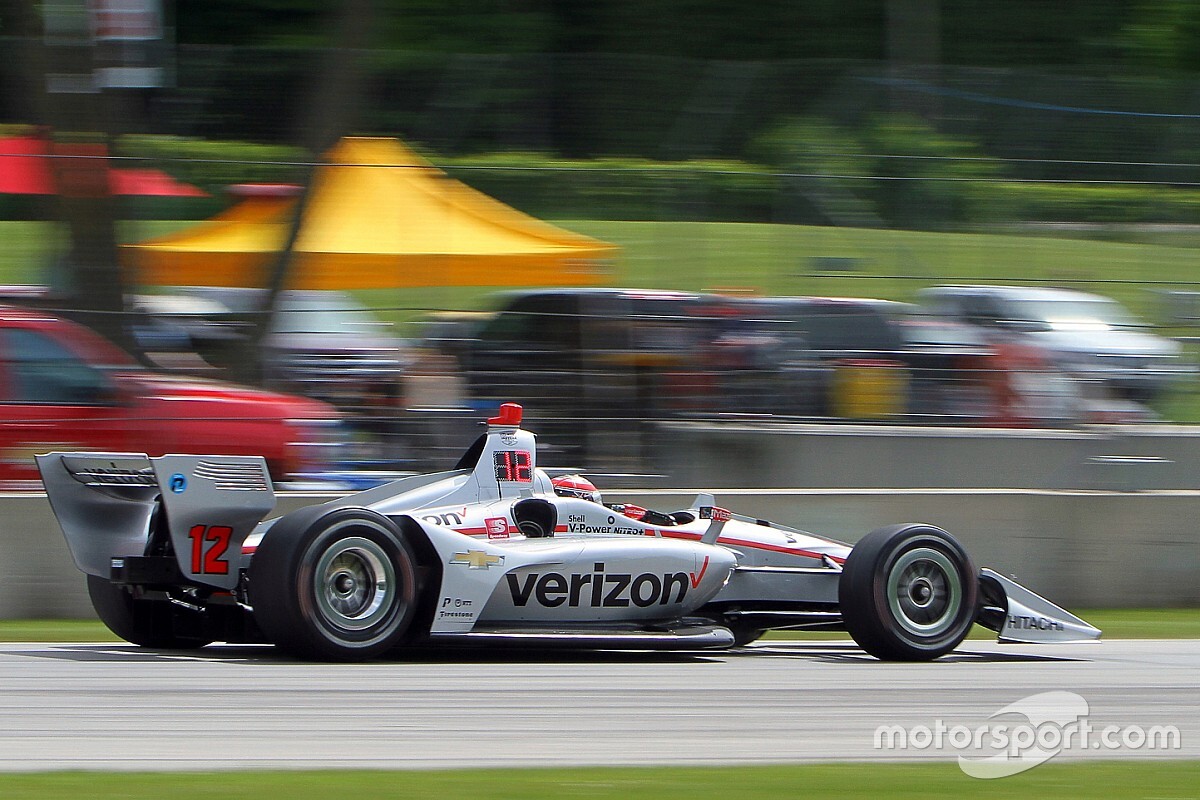 Team Penske-Chevrolet drivers Will Power and Josef Newgarden admitted that they aren’t certain where they were losing out to Road America winner Alexander Rossi to such an extent that they finished half a minute behind.

Power was reasonably satisfied with only his third podium finish of the year but admitted that what he would have described as a ‘good car’ could only be regarded as ‘reasonable’ in light of Rossi’s pace in the Andretti Autosport-Honda.

“I actually never saw [Rossi]!” he said. “It felt like I was in my own race with Josef. That's all we had. It was a very clean day for us – good start, no mistakes, reasonable car – but we simply did not have the pace to run with Alex. I've rarely said that in my career.”

“If Alex wasn't in the race, I would have said I had a good car. But he's in the race. You can look at that pace and go, ‘What are we missing?’ It's kind of tough to pinpoint that because the car did not feel bad. It was a reasonable balance. Tires kind of went off a bit at the end. But yeah, it’s hard for me to understand how he can be so fast over a whole stint.”

Third-place finisher Newgarden added: “We obviously didn't have enough today. We were a little shy. Probably a lot shy, actually. But we were trying to do what we could to catch back up, hold our ground. I think even guys behind us were very quick towards the end. Trying to hold our ground was tough in a lot of ways.

“Alex and Andretti – they were too good for us today. We've got to go back to the drawing board, try to figure out what we're missing. I have confidence we'll do that. I think Chevy still gave us a great package today. We have to keep tweaking on everything, find out what we need from the car, the engine, make it a bit stronger.”

Asked where the deficit was, Power said the team would be dissecting the sector times following the race.

“We saw it in qualifying. [We’re missing] just a bit of everything,” said Power. “We'll have a good look at all the sectors during the race, the tire dropoff, that sort of thing.

“For me to knock off half a second a lap [the rate at which Rossi pulled away] I would have been using a bit of push to pass [boost] every lap.”

Power also confirmed that in order to make the fuel windows, he had the engine turned down “for the most part. We ran lean a lot.”

Newgarden added that Penske-Chevrolet would need to improve in both the engine and chassis department to beat Rossi.

“I think it's both. They work in unison,” he said. “It's about optimizing both together.

“But I think we have some ideas of where we can be stronger. It's just a matter of implementing them. You can only do things so quickly. We only have so much test time…

“[But] I feel confident that we have the best of the best. Chevy, they're stacked with great people. They have so much potential to always turn things around, do a great job for us. I feel the same way about the team. It's a matter of always making those the strongest together.”

“Once we get all the sector analysis report and all that stuff, we'll understand more. I mean, it's hard to win in IndyCar these days so for someone to have an advantage like that, we’ve got to have a pretty close look.”