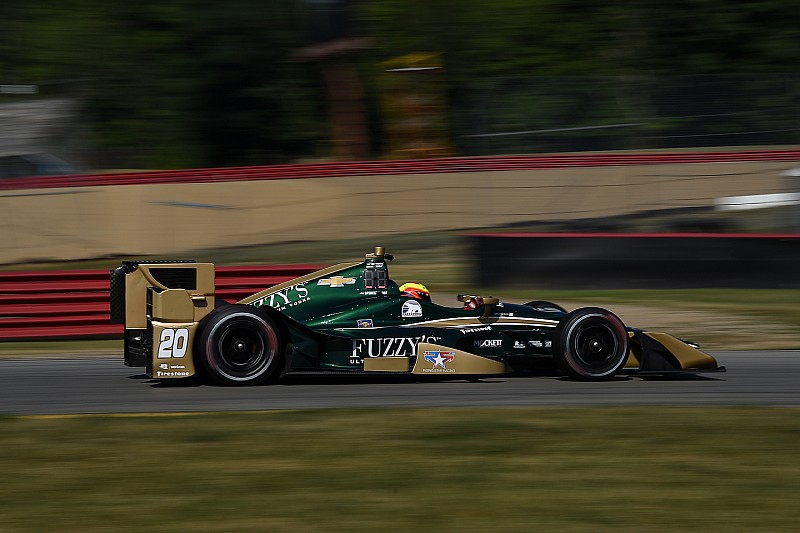 As Motorsport.com revealed last month, Pigot will race the 11 road and street course events in the Verizon IndyCar Series, with Carpenter taking over for Phoenix, Indianapolis 500, Texas, Iowa, Gateway and Pocono.

Nothing has been confirmed regarding Pigot racing a third ECR car at Indy. For the past three years, JR Hildebrand has driven this entry, but he has been signed as fulltime replacement for Josef Newgarden in the team’s other car.

“I'm very excited to be staying with Ed Carpenter Racing for the 2017 season,” Pigot stated. “It's a great feeling to know I have a secure ride for all of the road and street course races so we can start preparing for the season now.

“I learned a lot in my rookie year and I'm looking forward to the opportunity to build on that experience. I know I have the team around me to fight at the front and that's what we'll be trying to do in 2017.”

The Florida-domiciled Californian, who won the 2015 Indy Lights championship, and competed in three IndyCar races for Rahal Letterman Lanigan Racing as part of his Mazda Road To Indy prize, switched to Carpenter’s team after Indy and went on to score top-10 finishes at Road America and Mid-Ohio.

Carpenter, the series’ only owner-driver, commented: “We are happy to have Spencer back.  It was a challenging situation for him to step into the team last year mid-season as a rookie.  We believe that Spencer has the potential to be a contender in this sport and we will continue to focus on maximizing that potential.

“It is great to have some offseason left to allow us to continue that development before the season kicks off.  We are anticipating a strong sophomore campaign from Spencer.”