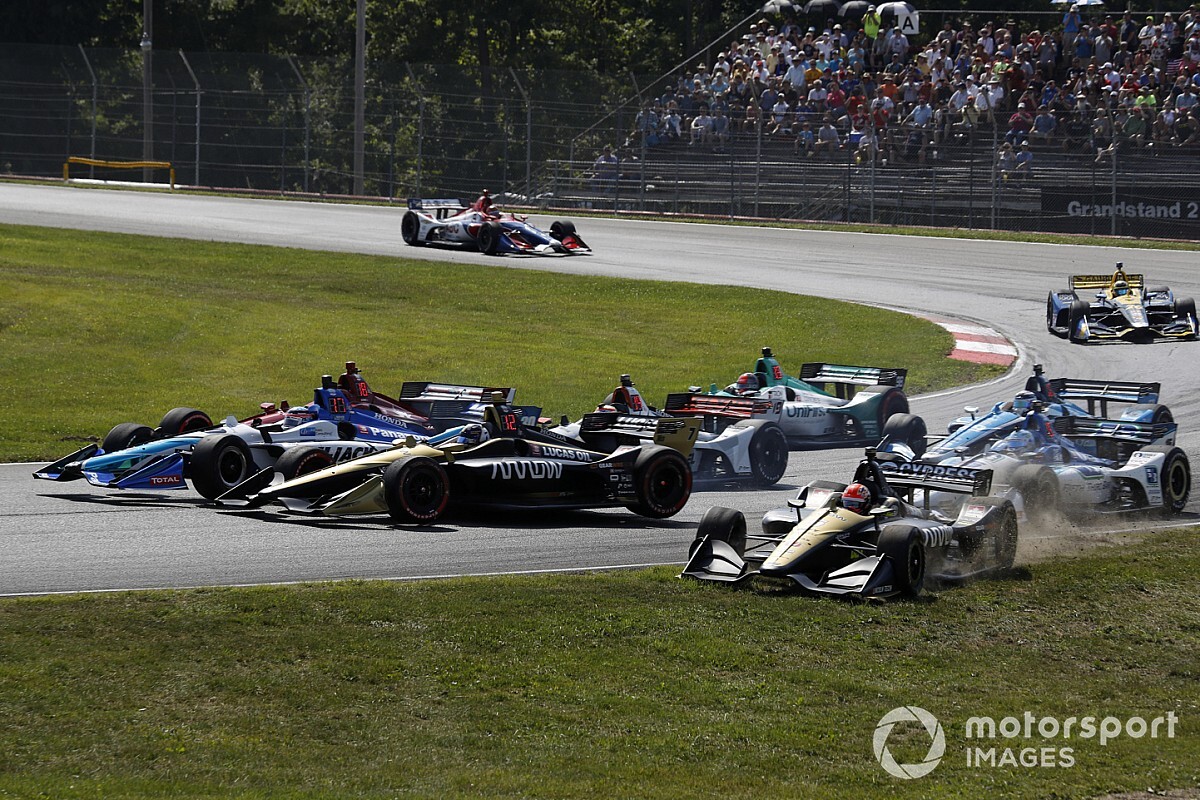 The NTT IndyCar Series’ next race event, to be held at Mid-Ohio SportsCar Course in two weeks, will be a double-header, with the extra round effectively replacing this year's Grand Prix of Portland.

Teams were informed on Thursday of the decision to cancel the 2020 race at Portland International Raceway, and the public confirmation is currently expected tomorrow (Monday).

Oregon’s state-wide crowd-gathering restrictions during the COVID-19 pandemic – originally set at a maximum of 250 people – was always going to make it difficult for Portland International Raceway to host a race, even without fans present, given the number of IndyCar and team personnel necessary in the paddock.

However, earlier this week, Oregon’s Gov. Kate Brown further cut this maximum to 100 people, as the state’s number of active coronavirus cases continues to rise.

This is particularly unfortunate for Portland which only returned to a top-line U.S. open-wheel racing schedule in 2018 after an 11 years hiatus, and proved a hit with fans and teams alike.

The event’s promoters, Green Savoree Racing Promotions, have at least been able to add a second race at the Honda Indy 200 at Mid-Ohio. GSRP has worked through some tough times during this pandemic, with its traditional season-opening Grand Prix of St. Petersburg halted at the last minute and currently scheduled as the season-closer in October, and the Honda Indy Toronto canceled for this year.

Mid-Ohio, which on the original 2020 IndyCar schedule was set to host the 14th round of the season on Aug. 16, will instead host the seventh and eighth rounds on Aug. 8 and Aug. 9.

Thus IndyCar will see its third straight double-header event of the season after those at Road America and Iowa Speedway, and the weekend format will be similar to that at Road America.

However, the cars will be impounded in parc ferme conditions between qualifying and the race.

Should the double-header set for WeatherTech Raceway Laguna Seca on Sept. 19-20 also be deleted – for reasons of pandemic-caused restrictions, budget or organizational issues – IndyCar is most likely to turn the events at World Wide Technology Raceway at Gateway and the Harvest Grand Prix at Indianapolis Motor Speedway road course into double-headers.

WWTR president and CEO Curtis Francois has earned huge kudos for the Bommarito Automotive Group 500’s successful attraction of spectators to the Madilson, IL venue since IndyCar’s return in 2017, and fitting two IndyCar races and the NASCAR Truck race across the weekend of Aug. 29/30 should not cause major issues.

Social distancing requirements will necessarily restrict the number of fans allowed in the grandstands, but in terms of getting on-track activities completed, only the presence of Indy Pro 2000 will make the on-track scheduling any more complicated than at Iowa Speedway’s IndyCar double-header and ARCA event last weekend.

Meanwhile the Harvest Grand Prix on the IMS road course, should it also increase to two races, will mean the 2.439-mile course will have hosted three IndyCar races by season’s end.