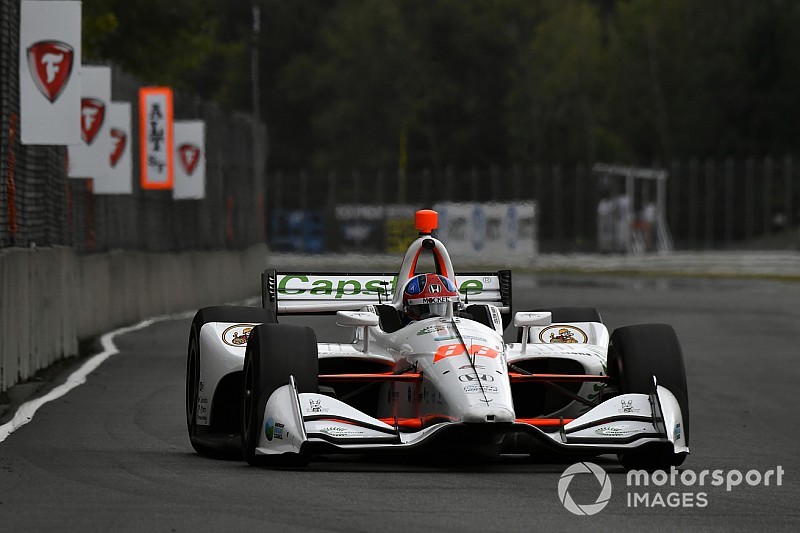 The teenager who won at Circuit of The Americas and took pole at Road America set a 57.429sec around Portland’s 1.964-mile track, setting an average speed of 123.115mph to eclipse Andretti Autosport-Honda’s Rossi by 0.1245sec.

Dixon was a further 0.24sec adrift in the Chip Ganassi Racing-Honda, just five hundredths ahead of Newgarden of Team Penske-Chevrolet, who was the sole Bowtie representative in the Top 10.

Marco Andretti, Zach Veach and Ryan Hunter-Reay ensured all Andretti cars were in the top 10 after a strong test here two weeks ago.

James Hinchcliffe was sixth fastest for Arrow Schmidt Peterson Motorsports-Honda while temporary teammate Conor Daly – subbing for Alfa Romeo F1 third driver Marcus Ericsson, who is in Spa on standby – was 23rdin his first run for the Arrow SPM team this year. Daly, who is competing for his third team this year, was only 1.2sec off Hinch.

Felix Rosenqvist was top rookie in eighth, less than 0.3sec from Ganassi teammate Dixon, and ahead of last year’s winner Takuma Sato and last year’ polesitter Will Power.