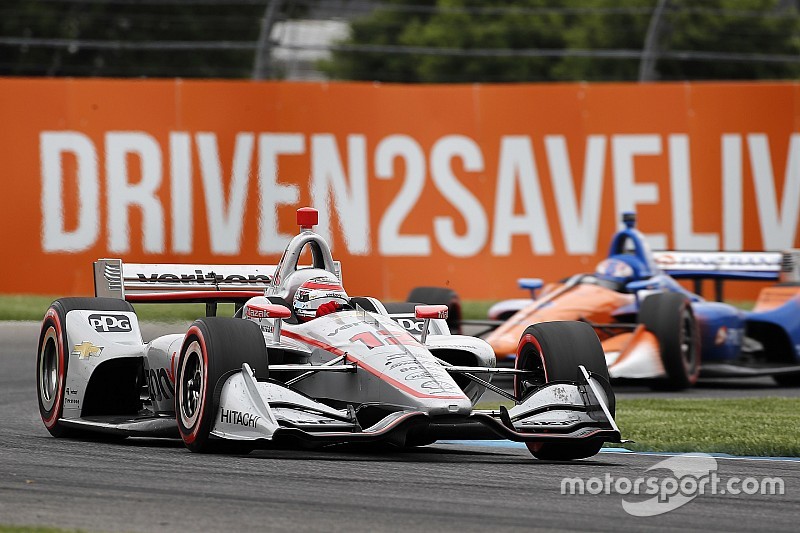 Defending NTT IndyCar Series champion Scott Dixon and defending Indianapolis 500 winner Will Power say IndyCar’s “Month of May” showcases the versatility of the drivers with the Grand Prix road course event followed by the 500.

Power, who last year became the first driver to win both the GP and the 500, and has now won three times on the IMS road course said: “It's a great, fun month, it really is. It showcases what IndyCar is all about. You have to be very good at road courses and ovals. It's a fantastic road course, great for the fans because there's a lot of good viewing points.”

Dixon, five-time series champion and 2008 Indy 500 winner added: “It's a fun way to transition into the month of May, and also for the community here. I think for almost 100 years they thought we only turn left! It's nice to have that mix.

It's definitely a nice event where it's not as hectic as the 500, too. I think it's much more suited to families, sitting on the banks.

“This track plays out to be a very good race. We saw that last year, especially with the difference between the tires. It’s tough [but we’ll] try to do what Will did last year and sweep both races.”

Penske has won four of the five IndyCar Grands Prix here and has led 286 laps, 182 thanks to Power. Chip Ganassi Racing, by contrast, has led only four laps on the GP course.

But Dixon turned in one of his best races of 2018 here. After struggling throughout practice and qualifying he lined up only 18th, yet stormed through to finish second. However, he pointed out that it would not be a case of simply starting out this year’s event with the strong setup that he and Ganassi discovered in last year’s edition.

“Last year was very interesting,” he said. “We found most of the problem that we had in qualifying was a simple thing that we kind of overlooked. But, yeah, things have changed. Even our setup that we raced at some of the road courses last year has evolved a ton and in a very different direction. Plus the [primary] tire for this weekend is totally different from what we had last year.

“I think we seem to be in a happier window at road courses this year. We haven't got a pole yet, but we've been in the Fast Six for each race. I think we're a little bit better there. But you can never tell, the competition is so tight right now. If you give up a little bit, you're going to be back – hopefully not in 18th or 19th [although] that definitely makes for a fun race, if you can come through and you’ve got a quick car.”

Power and Dixon agreed that Turn 1 for the Grand Prix, a 90 degree right-hander where cars funnel down from the road course’s wide front straight, was similar to the wide Cleveland course at Burke Lakefront Airport, held from 1982 to 2007.

“Yeah, it is actually like that,” said Power. “It's so wide with such a long stretch, you end up four-wide. Definitely a tough first corner. If you're anywhere but pole, seriously, you actually worry about getting through there because there's always someone who hits someone into you!

“The standard of driving in the series is very high now. You don't see that very often. Everyone races hard but pretty fair. But honestly, the races are like qualifying every lap these days. There is simply no one slow. Like Scott said, if you're a little bit out of the window, you're going to be starting back a little bit and you're going to be in that mess in the first corner.”

Dixon commented: “I think [Lap 1, Turn 1] is a little easier reference-wise than Cleveland was, and a little smoother, too, which helps a bit. But, yeah, last year, everyone fanned out a ton. It's just one of those things, you hope you get through it.

“It's difficult. You're going from very high speed, try to slow down to first or second gear. You can kind of make it three-wide… but most of the time you see them trying to make it six-wide, and that's when you get in trouble.”