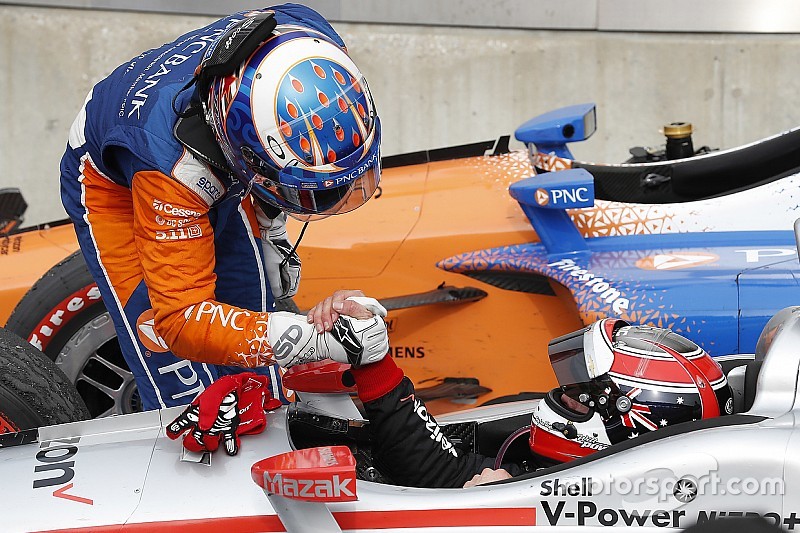 Indianapolis 500 winner Will Power says he needs IndyCar points leader Scott Dixon to have a downturn in form if he is to beat him to the championship.

Penske racer Power's 2018 has been blighted by misfortune, crashing out at both the Phoenix and Texas ovals and spinning into the pitwall in the wet at Barber. He also lost significant ground in the title race at Road America when his engine expired almost instantly in the race.

The 2014 champion is now fourth in the points by virtue of his two victories, with the Indy 500 success rewarded with double-points, and Power trails Dixon by 87 points with just four races to go, including the double-points season finale at Sonoma.

Power admits that gap is insurmountable unless Dixon endures a run of bad form, but says the 27-point gap to team-mate Josef Newgarden in third and the 41-point deficit to second-placed Alexander Rossi makes his closest rivals catchable.

"Obviously, Newgarden and Rossi are very reachable," said Power. "But Dixon, we need him to have a bad run, simple as that.

"That's how we're going to catch him. He's had a very good run all year, very smooth, very consistent. We just need him to have a bad day basically."

Power added that the double-points on offer at Sonoma will benefit him more than the drivers ahead, and that he may have to take a risky gamble to overhaul Dixon.

"Yes, it [double points] absolutely changes your strategy," said Power. "Double points help you if you're as far back as I am.

"You obviously would be very aggressive with your strategy depending on how you qualify. You'd be going there to try to win the race. Maybe you take a big risk strategy-wise to do that.

"Even on the track as far as your race, you'd be quite aggressive. Yeah, the double points situation is great for my position". 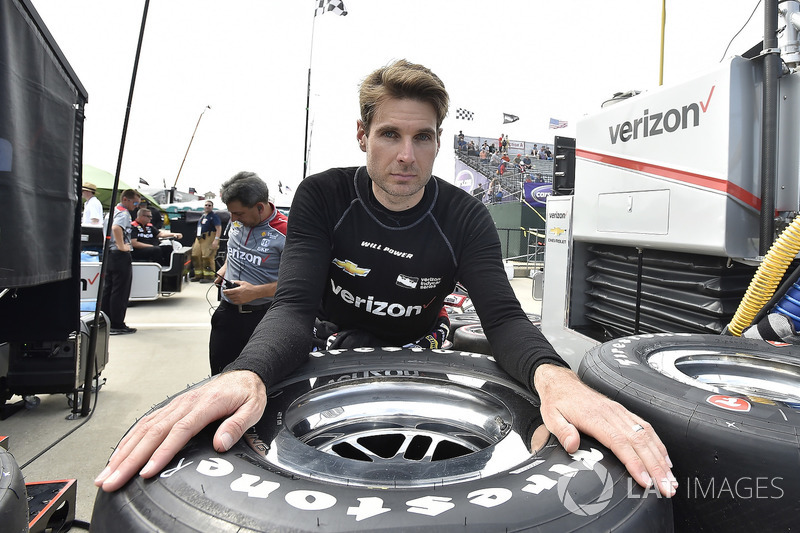 Power and Dixon both tested at the Indianapolis Motor Speedway on Tuesday in a test for the series's sole tire supplier Firestone, and helped to inform IndyCar's direction for next year's Indy 500 after criticism after the 2018 event's running.

The 2018 Indy 500 was run largely single-file and did not feature the draft pack racing experienced with the last generation of aerokit.

“We did some CFD [computational fluid dynamics] and some windtunnel stuff that we thought would address that [the criticism],” said Bill Pappas, IndyCar's vice president of competition and engineering. “We put it to the test here and are getting feedback from both drivers now.

“We’re trying to come up with some solutions that don’t force teams to go out and scrap a whole lot of parts. From our perspective, it wasn’t a horrible race.

"It’s just fine-tuning to give the guys a little more consistency in traffic. The whole purpose is just to see if there are ways to improve upon the race that we had this year.”